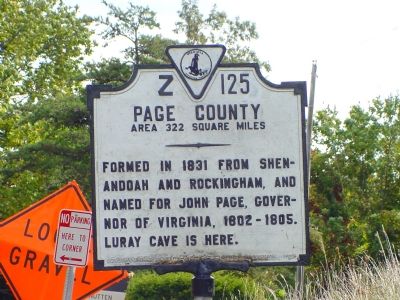 Page County. Area 322 square miles. Formed in 1831 from Shenandoah and Rockingham, and named for John Page, Governor of Virginia, 1802–1805. Luray cave is here.

Shenandoah County. Area 510 square miles. Formed in 1772 from Frederick, and first named Dunmore for Lord Dunmore, governor of Virginia, 1771–1775. In 1778 the county was renamed for the Shenandoah River.

Erected 1929 by the Conservation and Development Commission. (Marker Number Z-125.)

Topics and series. This historical marker is listed in this topic list: Political Subdivisions. In addition, it is included in the Virginia Department of Historic Resources series list. A significant historical year for this entry is 1831. 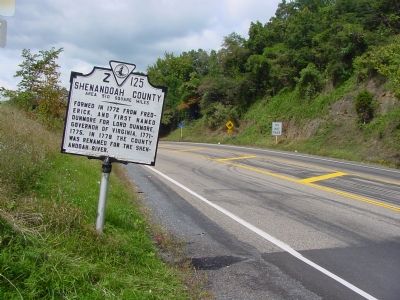 Click or scan to see
this page online
36.714′ W. Marker is near New Market, Virginia, in Page County. Marker is on Lee Highway (U.S. 211) just east of Crisman Hollow Road, on the right when traveling east. Market is at the crest of Massannuten mountain, at New Market Gap. Touch for map. Marker is at or near this postal address: 3210 Lee Hwy, New Market VA 22844, United States of America. Touch for directions. 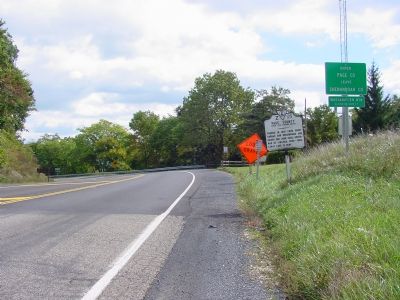