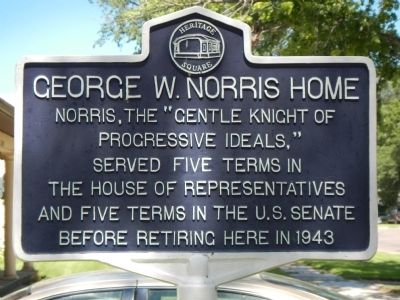 Topics and series. This historical marker is listed in this topic list: Government & Politics. In addition, it is included in the National Historic Landmarks series list. A significant historical year for this entry is 1943.

Other nearby markers. At least 6 other markers are within 11 miles of this marker, measured as the crow flies. George William Norris (within shouting distance of this marker); Ben Nelson Home (about 300 feet away, measured in a direct line); Harry D. Strunk (about 300 feet away); Frank Morrison Home (about 400 feet away); First Homestead in Red Willow Co. (approx. 6.7 miles away); Pawnee Woman’s Grave (approx. 11 miles away). 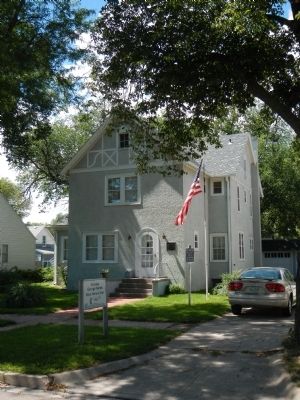 Click or scan to see
this page online
George William Norris - U.S. Senate. Nebraska’s George Norris, the man many consider history’s “greatest United States senator,” was born on July 11, 1861. He served in the Senate for 30 years, from 1913 until 1943. Fiercely independent, George Norris emerged politically as a western agrarian progressive Republican. Yet, throughout the New Deal era, as he regularly collaborated with President Franklin Roosevelt, some optimistically labeled him the “Democrat of Democrats.” (Submitted on December 4, 2014, by Barry Swackhamer of Brentwood, California.) 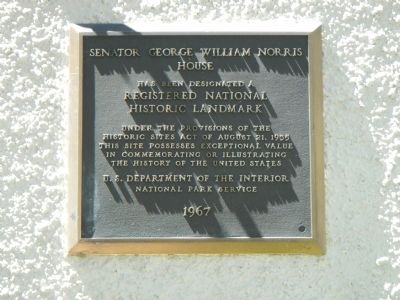 Photographed By Barry Swackhamer, August 21, 2014
3. George W. Norris Home
Senator George William Norris
House
has been designated a
Registered National
Historical Landmark
under the provisions of the historic sites act of August 21, 1935 this site possesses exceptional value in commemorating or illustrating the history of the United States
U.S. Department of the Interior
National Park Service
1967 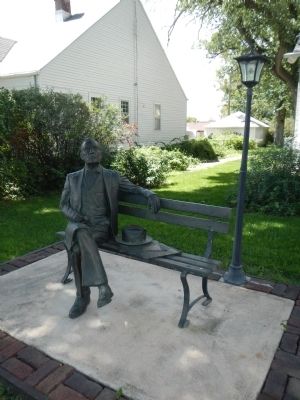 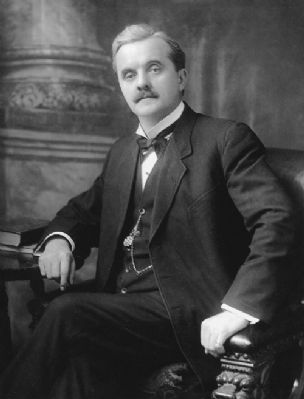