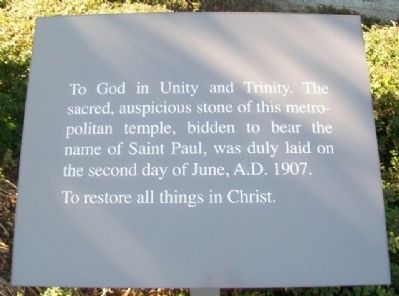 To God in Unity and Trinity. The sacred, auspicious stone of this metropolitan temple, bidden to bear the name of Saint Paul, was duly laid on the second day of June, A.D. 1907.

To restore all things in Christ.

Topics. This historical marker is listed in this topic list: Churches & Religion. A significant historical date for this entry is June 2, 1907. 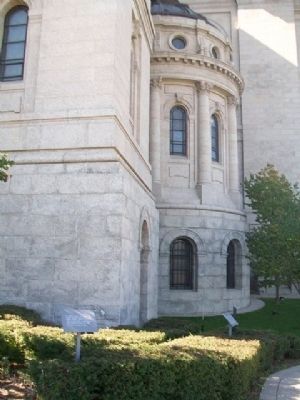 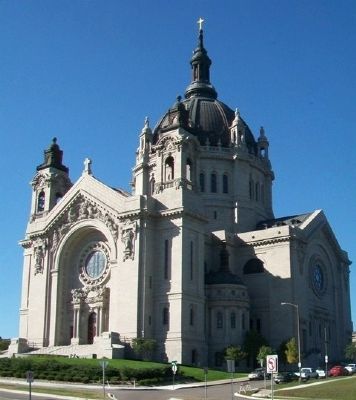