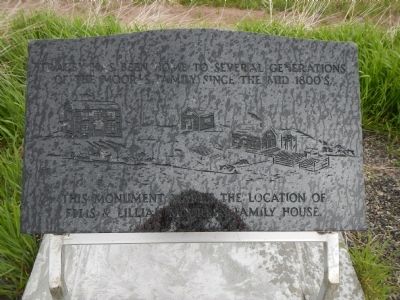 By Barry Swackhamer, June 27, 2014
1. (The Moore Family Home) Marker
Inscription.
(The Moores Family Home). . Tracey has been home to several generations of the Moores Family since the mid-1800s. , This monument marks the location of Ellis and Lillian Moores’s family house. . . This historical marker was erected by The Moores Family. It is in Red Bay in Division No. 10 (Labrador) Newfoundland and Labrador

Tracey has been home to several generations of the Moores Family since the mid-1800s.
This monument marks the location of Ellis & Lillian Moores’s family house.

Erected by The Moores Family.

Other nearby markers. At least 1 other marker is within 3 kilometers of this marker, measured as the crow flies. Basque Whalers in the Strait of Belle Isle (approx. 2 kilometers away).

More about this marker. This marker was discovered while birdwatching. It is on the west side of the north end (though one might logically think of it as the south side of the west end) of Red Bay, before reaching the town of Red Bay, when heading north. 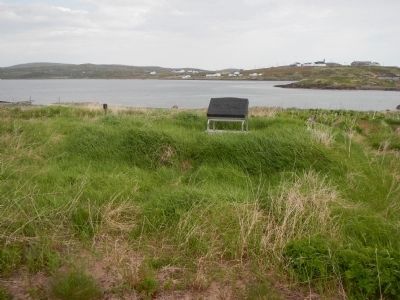