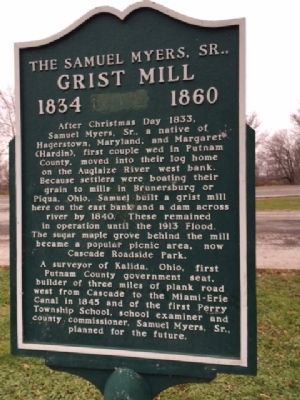 The Samuel Myers, Sr. Grist Mill 1834-1860 After Christmas Day 1833, Samuel Myers, Sr., a native of Hagerstown, Maryland, and Margaret (Hardin), first couple wed in Putnam County, moved ito their log home on the Auglaize River west bank. Because settlers were boating their grain to mills in Brunersburg, or Piqua, Ohio, Samuel built a grist mill here on the east bank and a dam across river by 1840. These remained in operation until the 1913 flood. The sugar maple grove behind the mill became a popular picnic area, now Cascade Roadside Park.

A surveyor of Kalida, Ohio, first Putnam County government seat, builder of three miles of plank road west from Cascade to the Miami-Erie Canal in 1845 and of the first Perry Township School, school examiner and county commissioner. Samuel Myers, Sr., planned for the future. 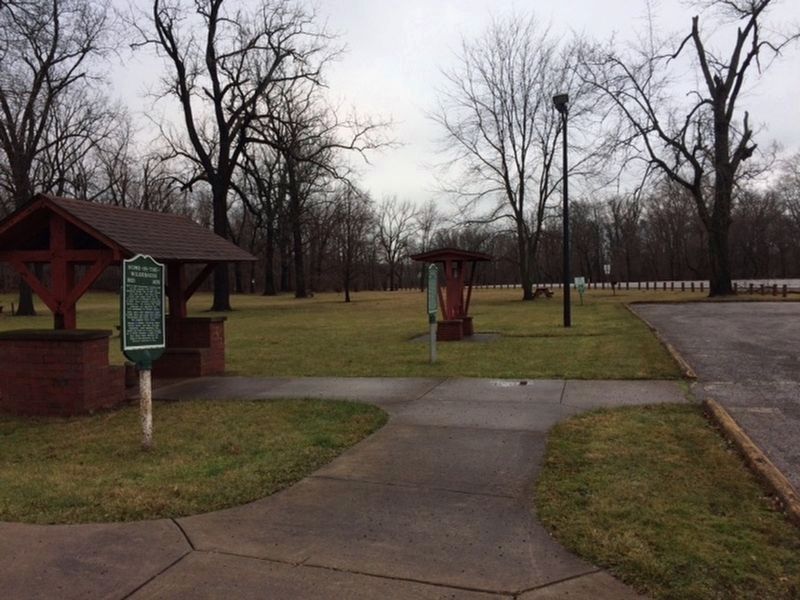 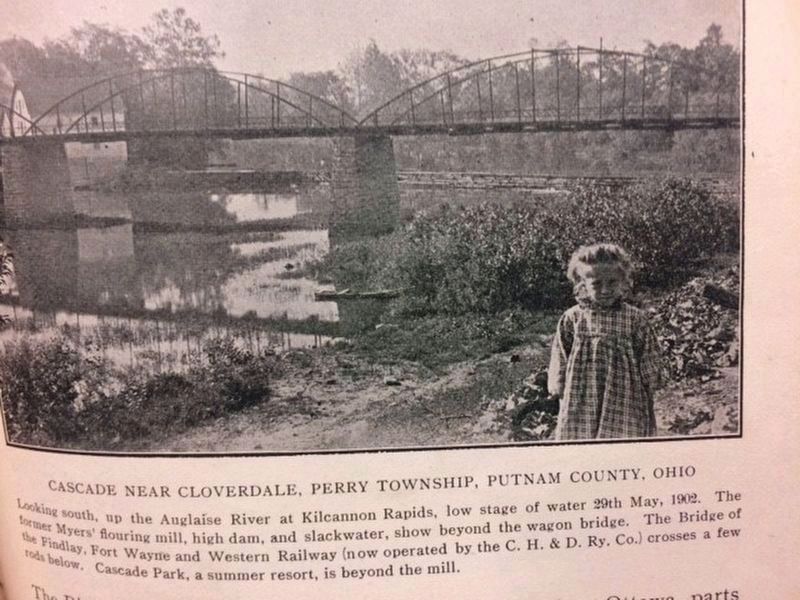