— Honoring the Names of those from Logan County, Ohio — 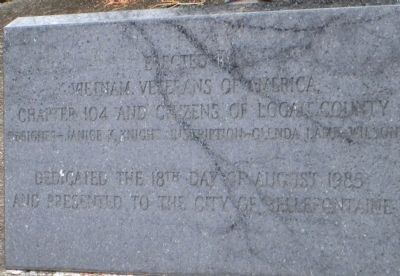 Location. 40° 22.006′ N, 83° 44.914′ W. Marker is in Bellefontaine, Ohio, in Logan County. Memorial is at the intersection of Hayes Street or Allison Road and Brown Avenue, on the left when traveling north on Hayes Street or Allison Road. marker is located in the southeast corner of Mary Rutan Park, across the street from the Bellefontaine Cemetery. It is at the northwest corner of Hayes Street/Allison Rd., and East Brown Avenue. Touch for map. Marker is at or near this postal address: 500 E Williams Ave, Bellefontaine OH 43311, United States of America. Touch for directions.

Other nearby markers. At least 8 other markers are within walking distance of this marker. Bellefontaine War Memorial (about 600 feet away, measured in a direct line); The Harley Long Building (approx. 0.2 miles 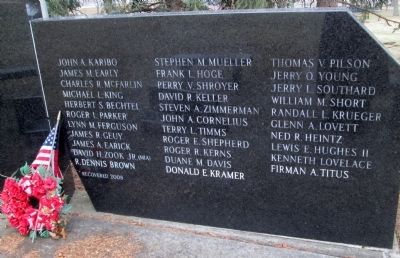 More about this memorial. 500 E. Williams is the main entrance to the park. The monument is better described as 601 Allison Road.
Allison Road is an extension of Hayes Street. The name change occurs at the marker. 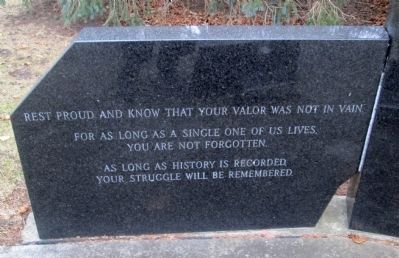 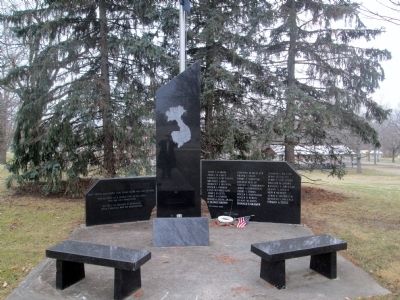 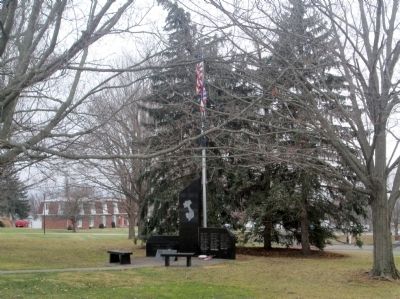 By Rev. Ronald Irick, December 18, 2014
5. Marker Setting In Park
marker seen at a distance, from Allison Road, in front of the Bellefontaine Cemetery 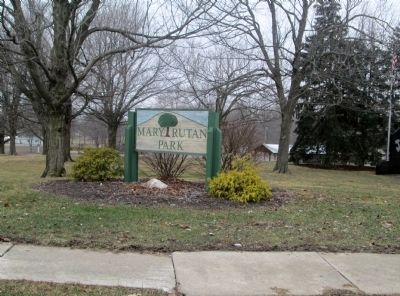 By Rev. Ronald Irick, December 18, 2014
6. Marker Site
Mary Rutan Park the southeast corner of the park, at the corner of North Hayes and East Brown Avenue 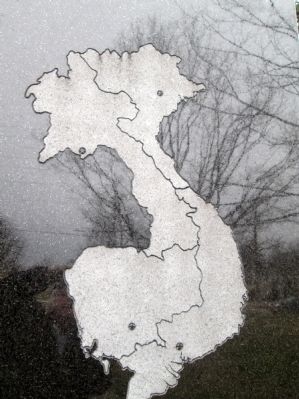