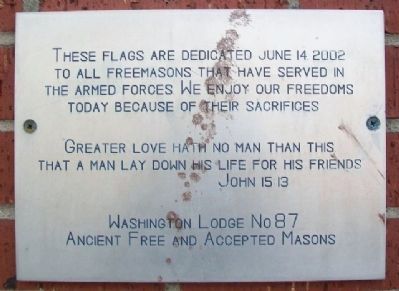 Greater love hath no man than this, that a man lay down his life for his friends , John 15:13

These flags are dedicated June 14, 2002 to all Freemasons that have served in the Armed Forces. We enjoy our freedoms today because of their sacrifices.

Greater love hath no man than this, that a man lay down his life for his friends
John 15:13

Topics. This memorial is listed in these topic lists: Fraternal or Sororal Organizations • Military.

Location. 37° 24.926′ N, 93° 50.485′ W. Marker is in Greenfield, Missouri, in Dade County. Memorial is on Allison Avenue south of College Street, on the right when traveling south. Marker is west opposite the county courthouse. Touch for map. Marker is in this post office area: Greenfield MO 65661, United States of America. Touch for directions.

Click or scan to see
this page online
distance of this marker); Dade County (approx. 0.4 miles away). 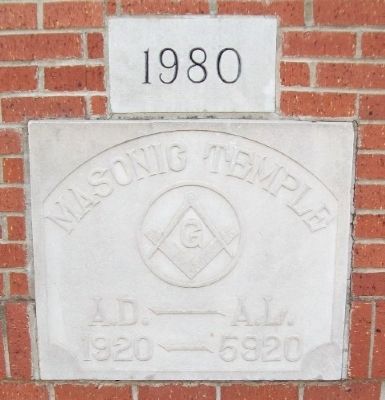