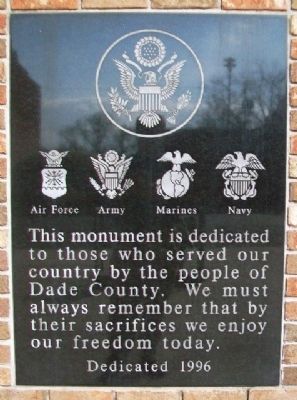 This monument is dedicated to those who served our country by the people of Dade County. We must always remember that by their sacrifices we enjoy our freedom today.
Air Force • Army • Marines • Navy

Erected 1996 by the People of Dade County.

Location. 37° 24.93′ N, 93° 50.463′ W. Marker is in Greenfield, Missouri, in Dade County. Memorial is at the intersection of Allison Avenue and College Street, on the left when traveling south on Allison Avenue. Memorial is on the west grounds of the county courthouse. Touch for map. Marker is at or near this postal address: 300 West Water Street, Greenfield MO 65661, United States of America. Touch for directions. 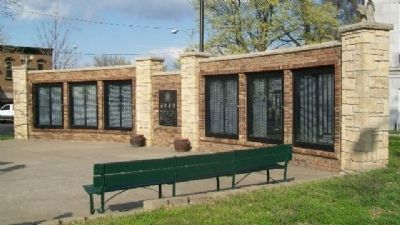