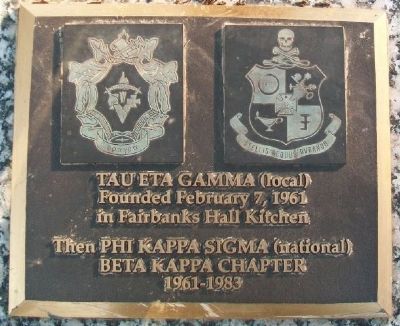 Topics. This historical marker is listed in these topic lists: Education • Fraternal or Sororal Organizations. A significant historical date for this entry is February 7, 1961.

Location. 37° 13.189′ N, 93° 17.201′ W. Marker is in Springfield, Missouri, in Greene County. Marker is between Lay Hall and the Olin Library, on the Drury University campus. Touch for map. Marker is at or near this postal address: 900 North Benton Avenue, Springfield MO 65802, United States of America. Touch for directions.

Other nearby markers. At least 8 other markers are within walking distance of this marker. Fairbanks Hall (a few steps from this marker); a different marker also named Fairbanks Hall (about 300 feet away, measured in a direct line); Indian Mounds (about 300 feet away); Civil War Entrenchments (about 400 feet away); Stone Chapel (about 700 feet away); Historic Washington Avenue Baptist Church (approx. ¼ mile away); First Church In Greene County (approx. 0.6 miles away); First Springfield Railroad (approx. 0.7 miles away). Touch for a list and map of all markers in Springfield. 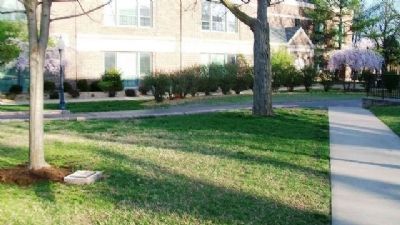