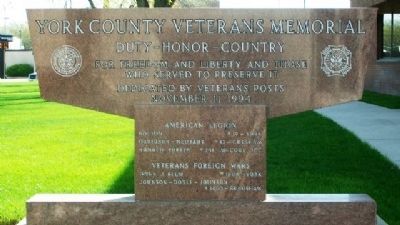 For freedom and liberty
and those who served
to preserve it

Other nearby markers. At least 7 other markers are within 9 miles of this marker, measured as the crow flies. Nebraska City Cut-Off of the Oregon Trail (approx. half a mile away); Nebraska 4-H Clubs Began in York County (approx. 1.3 miles away); Nebraska City-Fort Kearny Cut-Off 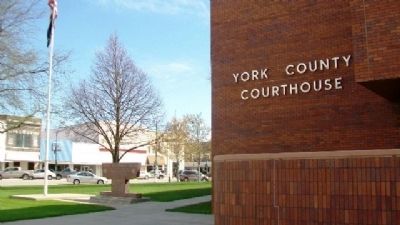