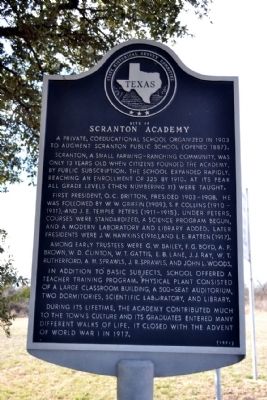 Photographed By Duane Hall, December 25, 2014
1. Site of Scranton Academy Marker
Inscription.
Site of Scranton Academy. . A private, co-educational school organized in 1903 to augment Scranton Public School (opened 1887). , Scranton, a small farming-ranching community, was only 13 years old when citizens founded the academy, by public subscription. The school expanded rapidly, reaching an enrollment of 325 by 1910. At its peak all grade levels (then numbering 11) were taught. , First president, O.C. Britton, presided 1903-1908. He was followed by W.W. Griffin (1909), S.P. Collins (1910-1911), and J.E. Temple Peters (1911-1915). Under Peters, courses were standardized, a science program begun, and a modern laboratory and library added. Later presidents were J.W. Hawkins (1916), and L.E. Ratten (1917). , Among early trustees were G.W. Bailey, F.G. Boyd, A.P. Brown, W.D. Clinton, W.T. Gattis, E.B. Lane, J.J. Ray, W.T. Rutherford, A.M. Sprawls, J.R. Sprawls, and John L. Woods. , In addition to basic subjects, school offered a teacher training program. Physical plant consisted of a large classroom building, a 500-seat auditorium, two dormitories, scientific laboratory, and library. , During its lifetime, the academy contributed much to the town’s culture and its graduates entered many different walks of life. It closed with the advent of World War I in 1917. . This historical marker was erected in 1971 by State Historical Survey Committee. It is Near Cisco in Eastland County Texas 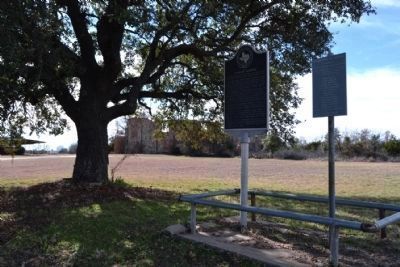 Click or scan to see
this page online
much to the town’s culture and its graduates entered many different walks of life. It closed with the advent of World War I in 1917.

Topics. This historical marker is listed in this topic list: Education. A significant historical year for this entry is 1903.

Location. 32° 18.295′ N, 99° 6.764′ W. Marker is near Cisco, Texas, in Eastland County. Marker can be reached from the intersection of Farm to Market Road 1864 and County Road 151. Marker is located along the driveway to the ruin building of the Scranton Academy; the above directions are to the driveway off FM 1864. Touch for map. Marker is in this post office area: Cisco TX 76437, United States of America. Touch for directions. 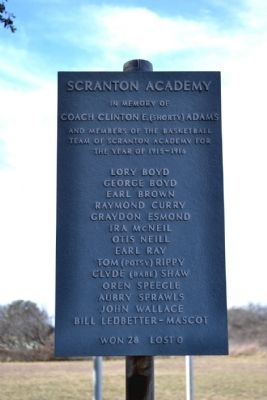 Photographed By Duane Hall, December 25, 2014
3. Scranton Academy Basketball Team Commemoration
Commemoration
Next to the marker is a metal tablet on a post commemorating the 1915-1916 basketball team. The tablet is inscribed as follows: 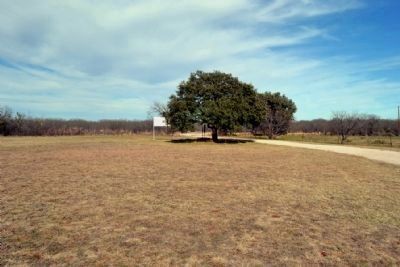 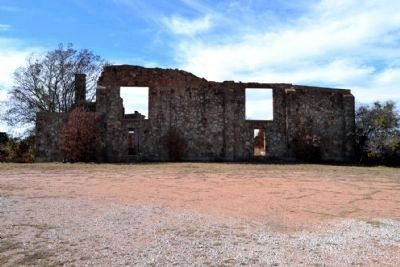 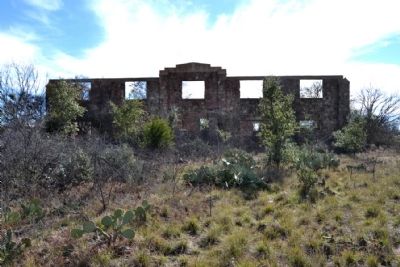 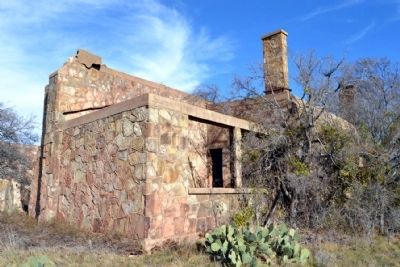 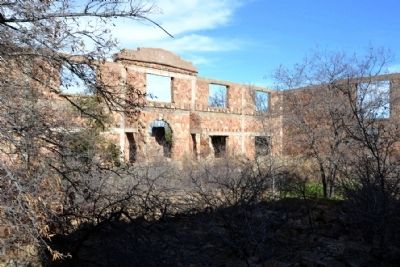 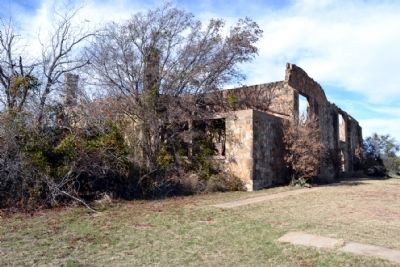