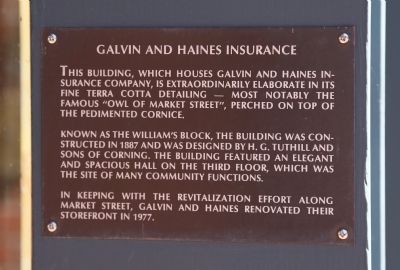 This building, which houses Galvin and Haines Insurance Company, is extraordinarily elaborate in its fine terra cotta detailing—most notably the famous “Owl of Market Street,” perched on top of the pedimented cornice.

Known as the William’s Block, the building was constructed in 1887 and was designed by H. G. Tuthill and Sons of Corning. The building featured an elegant and spacious hall on the third floor, which was the site of many community functions.

In keeping with the revitalization effort along Market Street, Galvin and Haines renovated their storefront in 1977.

Topics. This historical marker is listed in this topic list: Notable Buildings. A significant historical year for this entry is 1887. 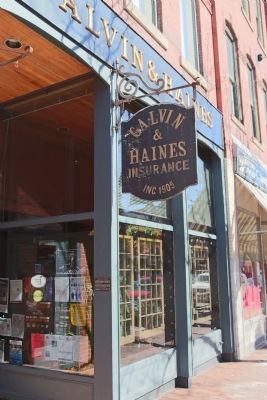 Click or scan to see
this page online
County. Marker is on East Market Street just west of Cedar Street, on the right when traveling west. It is mid-block, at the crosswalk. Touch for map. Marker is at or near this postal address: 27 E Market St, Corning NY 14830, United States of America. Touch for directions. 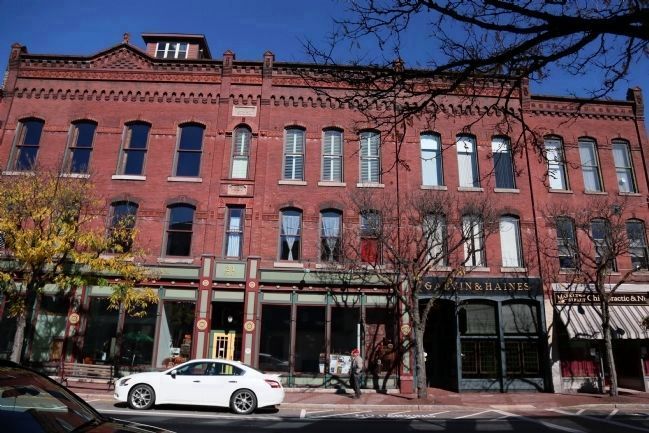 Editor’s want-list for this marker. Sharp close-up of the Owl of Market Street • Can you help?
Share this page.