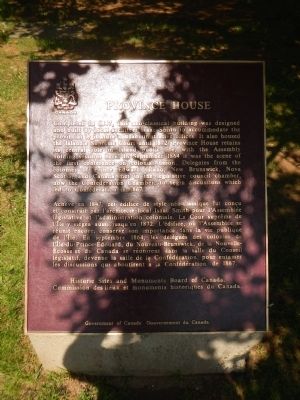 English
Completed in 1847, this neo-classical building was designed and built by local architect Isaac Smith to accommodate the provincial legislature and administrative offices. It also housed the Island's Supreme Court until 1872. Province House retains its central role in Island public life, with the Assembly holding sessions here. In September 1864 it was the scene of the first conference on colonial union. Delegates from the colonies of Prince Edward Island, New Brunswick, Nova Scotia, and Canada met in the legislative council chamber, now the Confederation Chamber, to begin discussions which led to confederation in 1867. 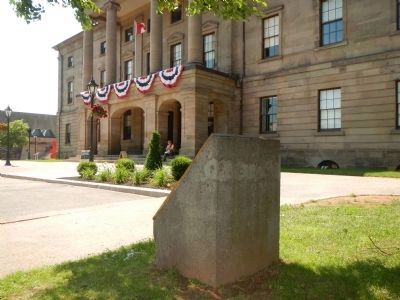 Topics and series. This historical marker is listed in this topic list: Notable Buildings. In addition, it is included in the Canada, Historic Sites and Monuments Board series list. 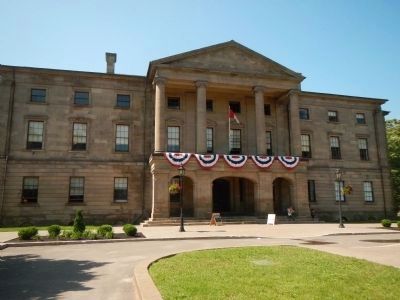 Also see . . .  Province House (Prince Edward Island) - Wikipedia. The cornerstone was laid during May 1843 and it commenced operation for the first time during January 1847. The entire structure was built for a cost of £10,000 and was designed by Isaac Smith. Smith was a self-trained architect from Yorkshire, who also designed the residence of the Lieutenant Governor of Prince Edward Island. (Submitted on January 13, 2015, by Barry Swackhamer of Brentwood, California.) 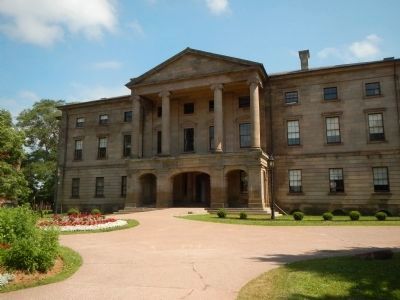 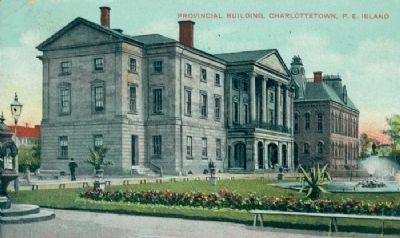