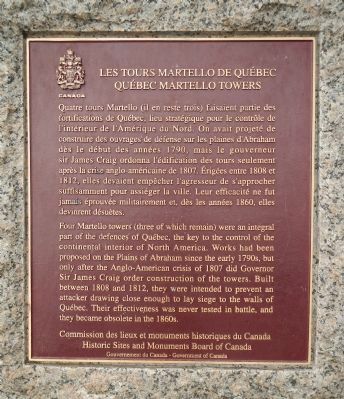 English:
Four Martello towers (three of which remains) were an integral part of the defences of Québec, the key to the control of the continental interior of North America. Works had been proposed in the Plains of Abraham since the early 1790s, but only after the Anglo-American crisis of 1807 did Governor Sir James Craig order construction of the towers. Built between 1808 and 1812, they were intended to prevent an attacker drawing close enough to lay siege to the walls of Québec. Their effectiveness was never tested in battle, and they became obsolete in the 1860s. 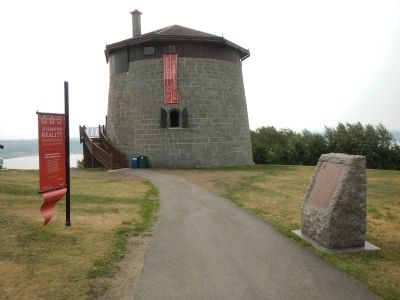 Topics and series. This historical marker is listed in these topic lists: Forts or Castles • War of 1812. In addition, it is included in the Canada, Historic Sites and Monuments Board series list.

Location. 46° 48.113′ N, 71° 13.037′ W. Marker is in Québec, in Communauté-Urbaine-de-Québec. Marker can be reached from Avenue George VI just from Avenue Taché, on the left when traveling east. Touch for map. Marker is in this post office area: Québec G1R, Canada. Touch for directions.

More about this marker. This marker is located at the National Battlefields Park near Martello Tower 1. 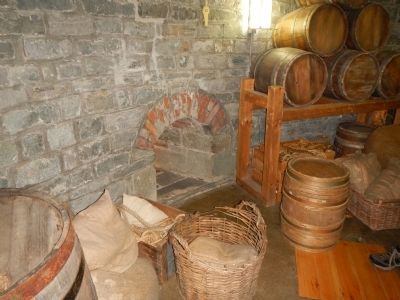 By Barry Swackhamer, July 25, 2014
3. Québec Martello Tower 1
up to 40 feet (12m) high (with two floors) and typically had a garrison of one officer and 15–25 men. Their round structure and thick walls of solid masonry made them resistant to cannon fire, while their height made them an ideal platform for a single heavy artillery piece, mounted on the flat roof and able to traverse, and hence fire over, a complete 360° circle. A few towers had moats or other batteries and works attached for extra defence.
The Martello towers were used during the first half of the 19th century, but became obsolete with the introduction of powerful rifled artillery. Many have survived to the present day, often preserved as historic monuments. (Submitted on February 17, 2015, by Barry Swackhamer of Brentwood, California.) 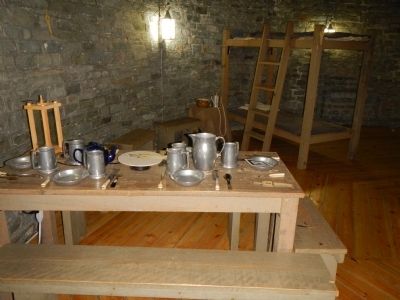 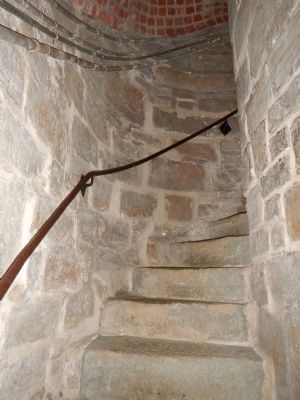 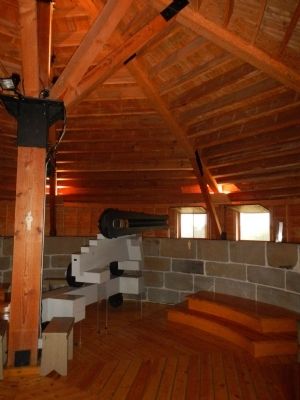