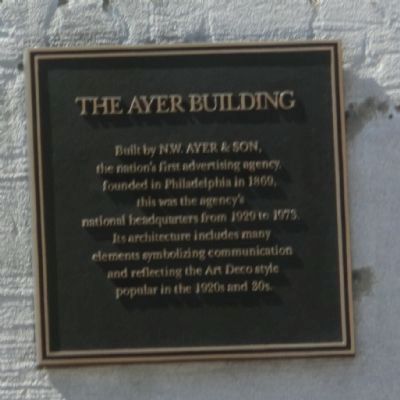 Built by N.W. Ayer & Son, the nation's first advertising agency founded in Philadelphia in 1860, this was the agency's national headquarters from 1920 to 1973. Its architecture includes many elements symbolizing communication and reflecting the Art Deco style popular in the 1920s and 30s.

Topics and series. This historical marker is listed in these topic lists: Industry & Commerce • Notable Buildings. In addition, it is included in the Art Deco series list. 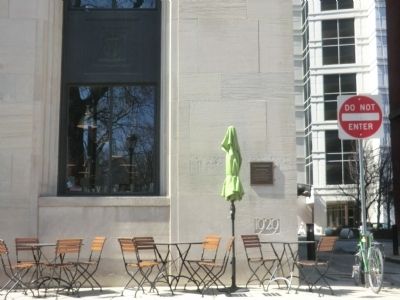