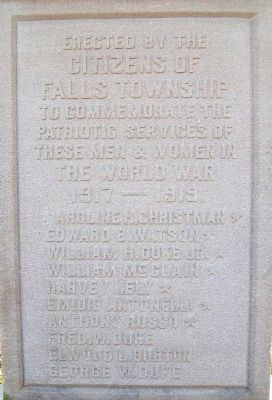 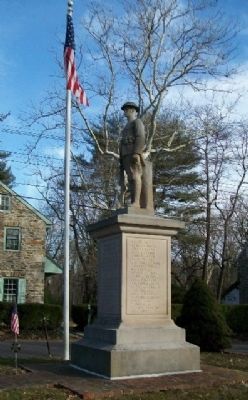 Erected by the Citizens of Falls Township.

Location. 40° 11.122′ N, 74° 49.127′ W. Marker is in Falls Township, Pennsylvania, in Bucks County. Memorial is at the intersection of New Falls Road and Tyburn Road / Main Street, on the right when traveling north on New Falls Road. Touch for map. Marker is at or near this postal address: New Falls Road, Levittown PA 19054, United States of America. Touch for directions.

Other nearby markers. At least 8 other markers are within 2 miles of this marker, measured as the crow flies. Falls Monthly Meeting of Friends (a few steps from this marker); Historic Fallsington (about 500 feet away, measured in a direct line); Moon Williamson Log House (about 500 feet away); 31 Yardley Avenue (about 600 feet away); Falls Township World War II Memorial (approx. ¼ mile away); In Memory of Nate DeTample (approx. ¼ mile away); Falls Township War Memorial (approx. half a mile away); Bolton Mansion (approx. 2.1 miles away). Touch for a list and map of all markers in Falls Township. 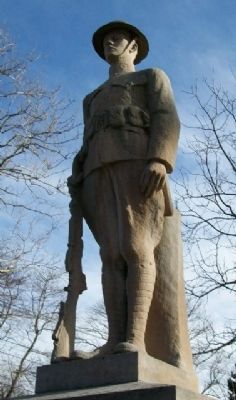 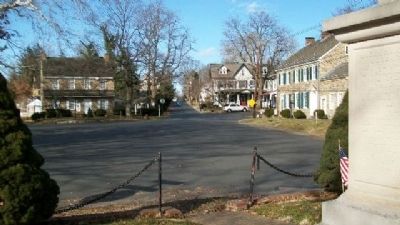