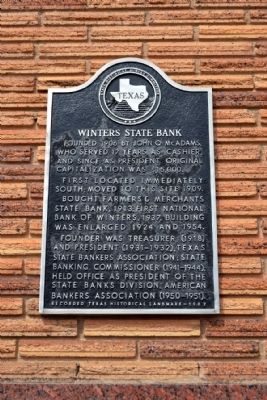 Founded 1906 by John Q. McAdams, who served 17 years as cashier, and since as president. Original capitalization was $15,000.

Topics. This historical marker is listed in this topic list: Industry & Commerce. A significant historical year for this entry is 1906. 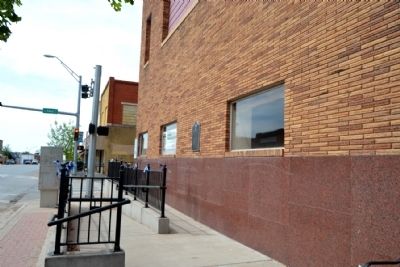 Click or scan to see
this page online
corner of intersection. Touch for map. Marker is at or near this postal address: 100 W Dale St, Winters TX 79567, United States of America. Touch for directions. 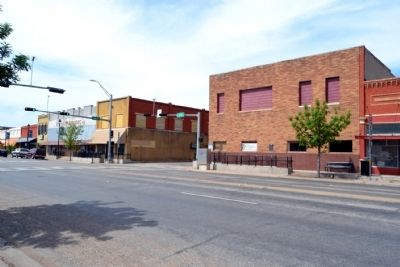 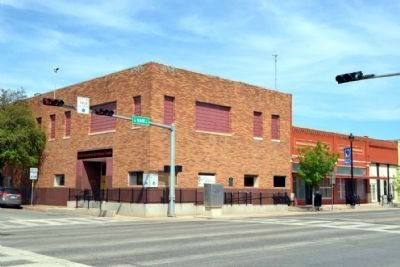