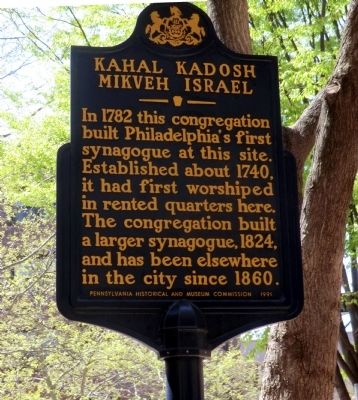 Photographed By Don Morfe, April 25, 2015
1. Kahal Kodosh Mikveh Israel Marker
Inscription.
Kahal Kodosh Mikveh Israel. . In 1782 this congregation built Philadelphia's first synagogue at this site. Established about 1740, it had first worshiped in rented quarters here. The congregation built a larger synagogue 1824, and has been elsewhere in the city since 1860. . This historical marker was erected in 1991 by Pennsylvania Historical and Museum Commission. It is in Philadelphia in Philadelphia County Pennsylvania

Topics and series. This historical marker is listed in this topic list: Churches & Religion. In addition, it is included in the Pennsylvania Historical and Museum Commission series list. A significant historical year for this entry is 1782. 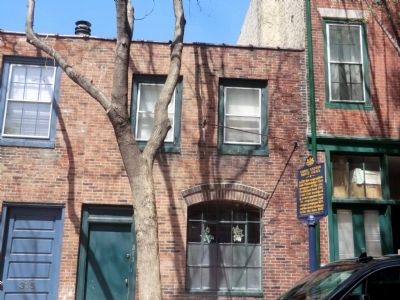