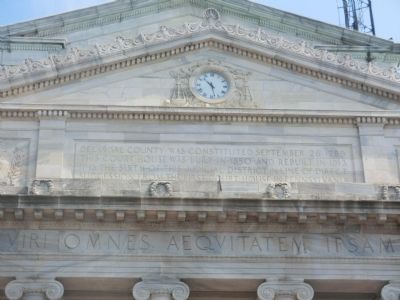 Delaware County was constituted September 26, 1789. This courthouse was built in 1850 and rebuilt in 1913. It is the sixth of this judicial district in line of direct succession from the first court house in Pennsylvania. 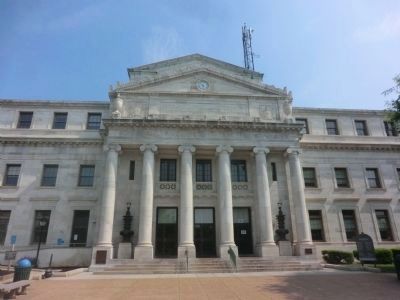 By Don Morfe, May 16, 2015
2. Delaware County Courthouse Marker-Inscription below the clock 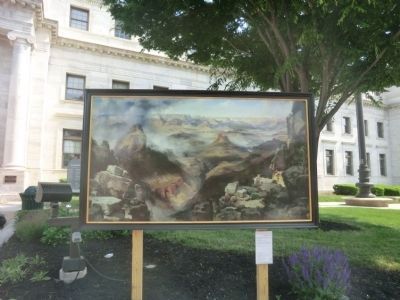 By Don Morfe, May 16, 2015
3. Delaware County Courthouse Lawn-Grand Canyon of the Colorado River
Inscription next to the painting-Grand Canyon of the Colorado River 1892 and 1908 by Thomas Moran. American (born England), 1837-1926. "This painting is made for those who have never visited the Grand Canyon. As you get close to the painting, you become completely immersed in the size an majesty of the canyon. You basically walk right into it. I love that feeling." Mark D. Mitchell-American Curator in American Art and Manager for the Center for American Art.
More. Search the internet for Delaware County Courthouse.