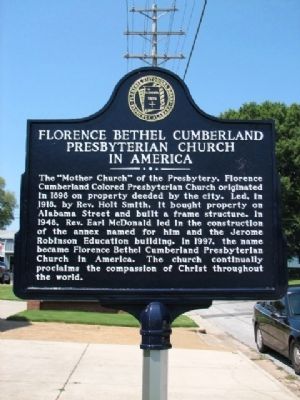 The "Mother Church" of the Presbytery, Florence Cumberland Colored Presbyterian Church originated in 1898 on property deeded by the city. Led, in 1918, by Rev. Holt Smith, it bought property on Alabama Street and built a frame structure. In 1948 Rev. Earl McDonald led in the construction of the annex named for him and the Jerome Robinson Education building. In 1997, the name became Florence Bethel Cumberland Presbyterian Church in America. The church continually proclaims the compassion of Christ throughout the world.

Other nearby markers. At least 8 other markers are within walking distance of this marker. Dr. Hicks Boulevard (about 600 feet away, measured in a direct line); St. Mark Baptist Church (about 700 feet away); First Presbyterian Church 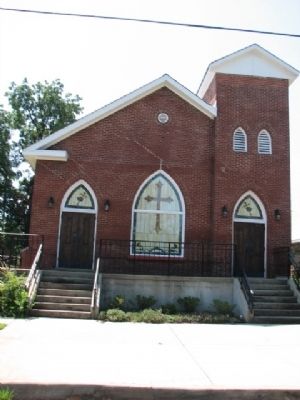