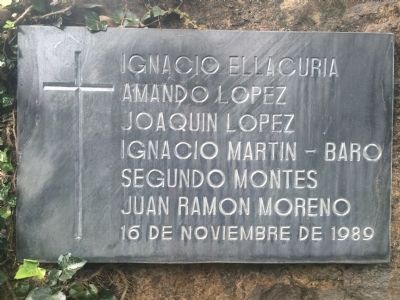 
Topics. This historical marker is listed in this topic list: Education. A significant historical year for this entry is 1989.

Location. 13° 40.725′ N, 89° 14.142′ W. Marker is in Antiguo Cuscatlán, San Salvador. On the Universidad Centroamericana campus, at the building that is now the "Centro Monseñor Romero.". Touch for map. Touch for directions. 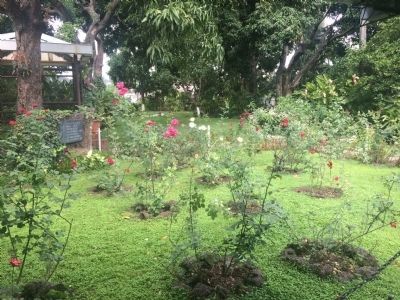 Photographed By J. Makali Bruton, June 3, 2015
2. Wide view of Massacre at the Universidad Americana (UCA) Marker
This rose garden was planted next to the marker in the area where the Jesuit priests were murdered.

Click or scan to see
this page online
Massacre of Jesuits in El Salvador: 20 Years Later. Inthe early hours of November 16, 1989, one week after the fall of the Berlin Wall signaled the beginning of the end of the Cold War in Europe, six Jesuit professors, their housekeeper, and her teenage daughter were roused from sleep by US-trained Salvadoran special forces, led outside, and shot to death on the lawn of the Central American University José Simeón Cañas (UCA) in San Salvador.... In the months before their deaths, during some of the bloodiest conflict of a protracted civil war, the Jesuits and their colleagues at the UCA had advocated dialogue between the government and the Farabundo Martí National Liberation Front (FMLN), a coalition of guerrilla groups, in an effort to bring about what the Jesuit theologian Jon Sobrino, also an UCA professor, called “a more human and more Christian negotiated solution to the conflict.”... (Submitted on June 8, 2015.) 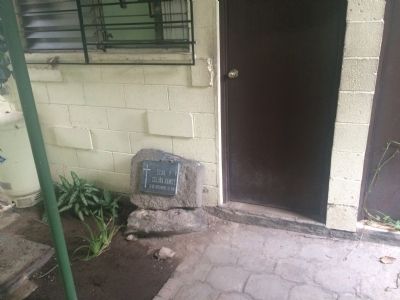 Photographed By J. Makali Bruton, June 3, 2015
3. Additional marker near the room where Elba and Celina Ramos were killed. 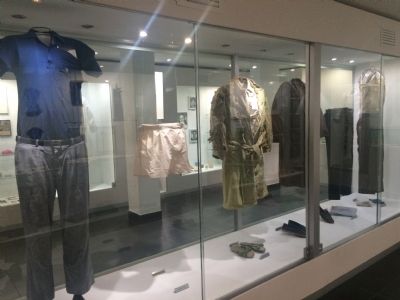 Photographed By J. Makali Bruton, June 3, 2015
4. Massacre at the Universidad Americana (UCA)
A small museum dedicated to the Jesuits and other murdered Catholic religious contains the clothing that they wore that night. 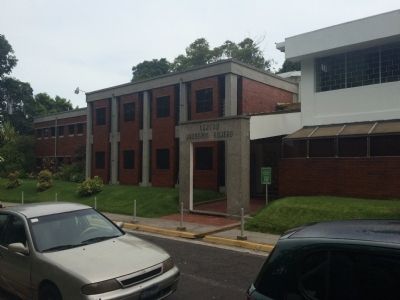 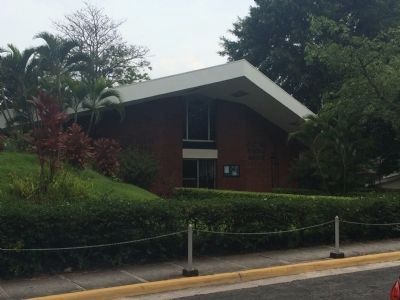 Photographed By J. Makali Bruton, June 3, 2015
6. Chapel at the Universidad Americana (UCA)
This small chapel is next door to the "Centro Monseñor Romero" and contains the burial niches of the Jesuits. 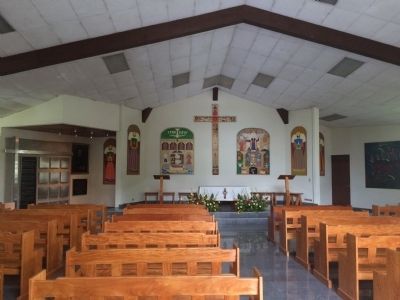