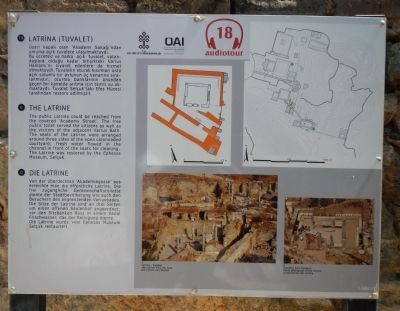 English:
The public Latrine could be reached from the covered `Academy Street'. The free public toilet served the citizens as well as the visitors of the adjacent Varius Bath. The seats of the Latrine were arranged round three sides of the open colonnaded courtyard; fresh water flowed in the channel in front of the seats for cleaning. The Latrine was restored by the Ephesos Museum, Selçuk.

German: To read the German text, click on the marker image to enlarge it. 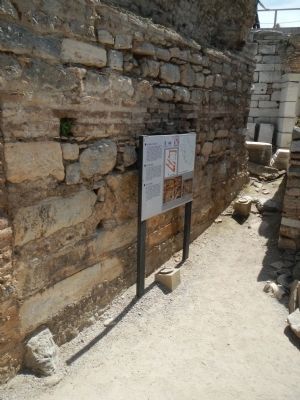 Photographed By Barry Swackhamer, May 2, 2015
2. The Latrine Marker

More about this marker. This marker is on the grounds of the ruins of the Roman city of Ephesus (Efes). 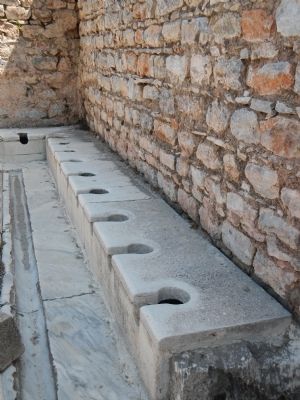