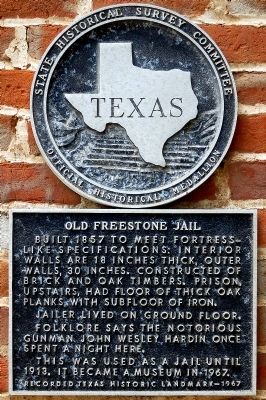 By Jim Evans, July 4, 2015
1. Old Freestone Jail Marker
Inscription.
Old Freestone Jail. . Built 1857 to meet fortress-like specifications: interior walls are 18 inches thick, outer walls, 30 inches. Constructed of brick and oak timbers. Prison, upstairs, had floor of thick oak planks, with subfloor of iron. . . Jailer lived on ground floor. . . Folklore says the notorious gunman John Wesley Hardin once spent a night here. . . This was used as a jail until 1913. It became a museum in 1967.
Recorded Texas Historic Landmark-1967. . This historical marker was erected in 1967 by State Historical Survey Committee. It is in Fairfield in Freestone County Texas

Other nearby markers. At least 8 other markers are within 8 miles of this marker, measured as 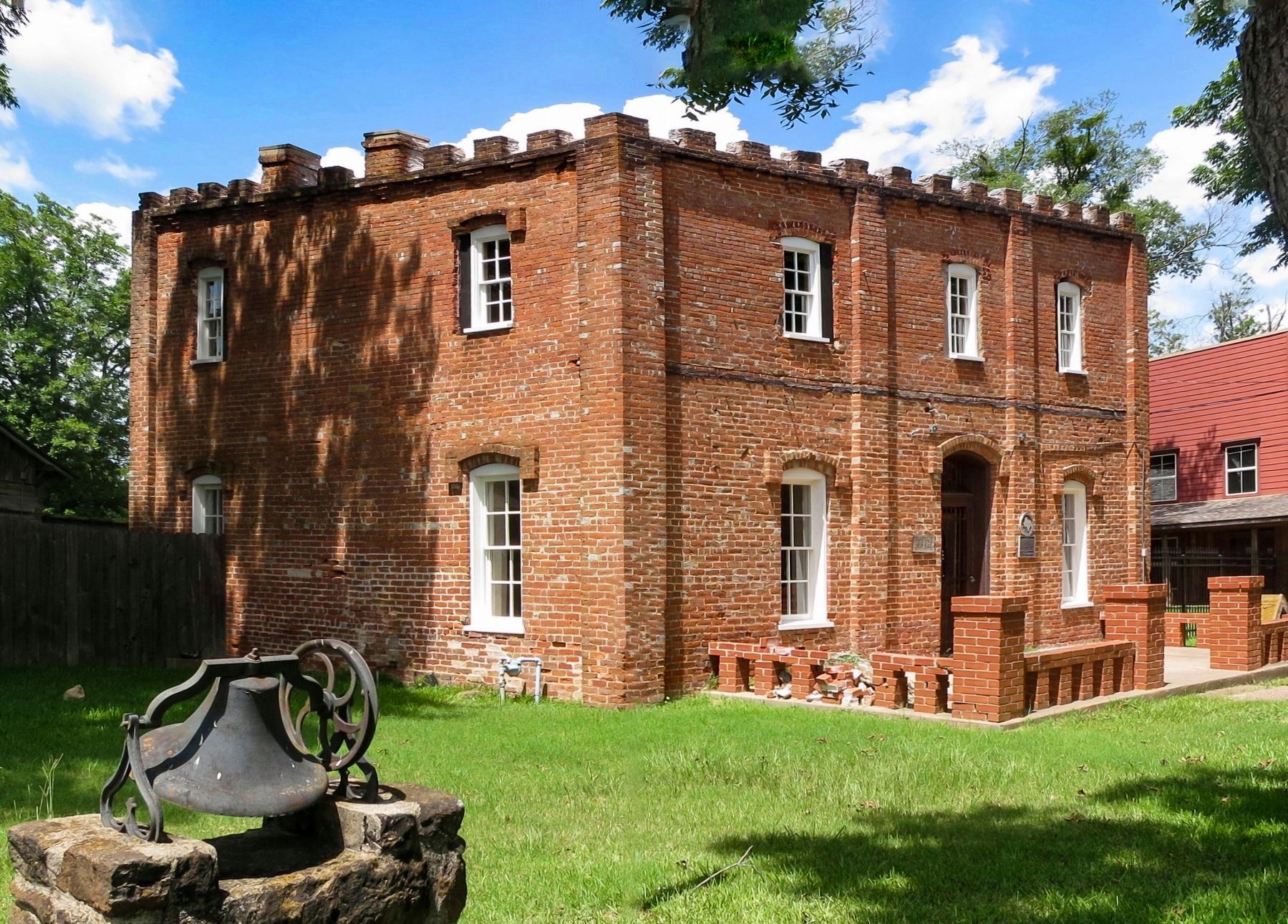