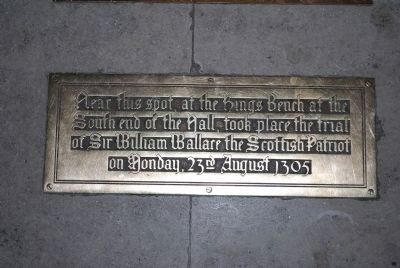 Near this spot, at the Kings Bench at the South end of the Hall, took place the trial of Sir William Wallace the Scottish Patriot on Monday, 23rd August 1305

Topics. This historical marker is listed in this topic list: Patriots & Patriotism. A significant historical year for this entry is 1305. 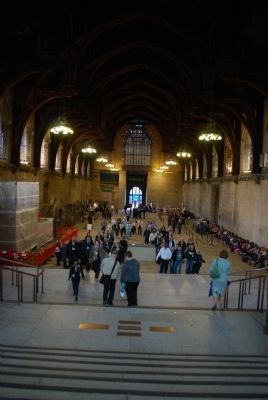 By Brandon Fletcher, June 11, 2013
2. Trial of William Wallace Marker
Looking down Westminster Hall from the location of the marker 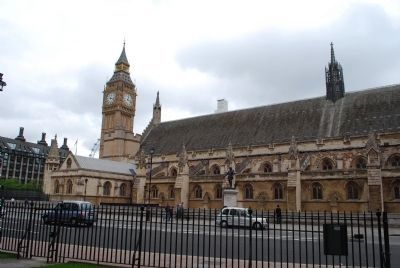 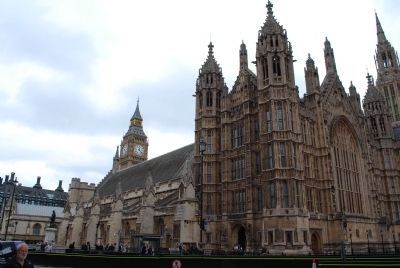 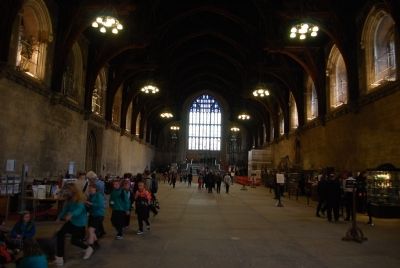