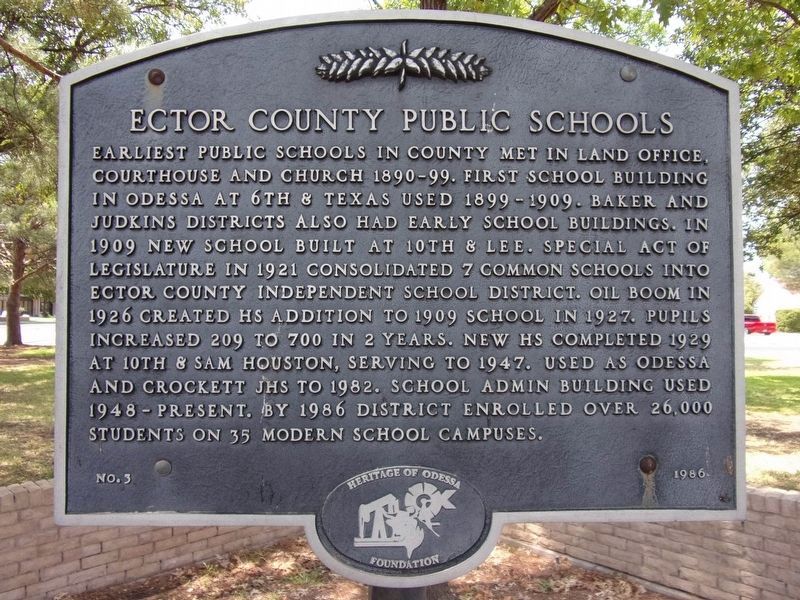 Topics. This historical marker is listed in this topic list: Education. A significant historical year for this entry is 1909. 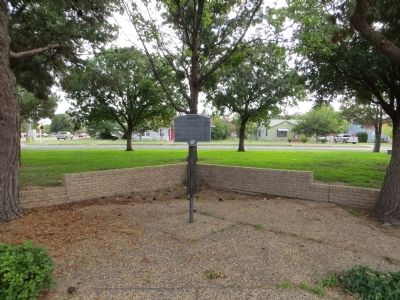 Click or scan to see
this page online
the right when traveling west. Marker is on the northeast corner behind some trees. Touch for map. Marker is in this post office area: Odessa TX 79761, United States of America. Touch for directions. 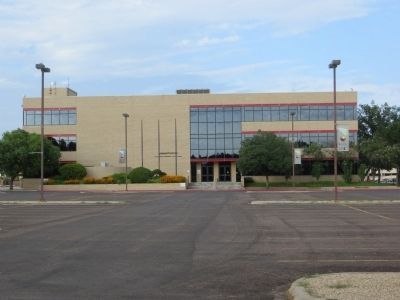