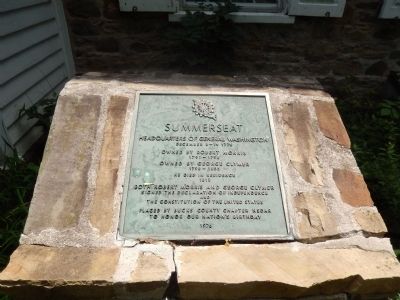 By Don Morfe, July 19, 2015
1. Summerseat Marker
Inscription.
Summerseat. . Headquarters of General Washington December 8-14 1776, owned by Robert Morris 1791-1798, owned by George Clymer 1798-1805, he died in residence 1813. Both Robert Morris and George Clymer signed the Declaration of Independence and the Constitution of the United States . This historical marker was erected in 1976 by Bucks County Chapter NSDAR to honor our nation’s birthday. It is in Morrisville in Bucks County Pennsylvania

Topics and series. This historical marker is listed in these topic lists: Government & Politics • War, US Revolutionary. In addition, it is included in the Daughters of the American Revolution, and the Former U.S. Presidents: #01 George Washington series lists. A significant historical year for this entry is 1776.

Other nearby markers. At least 8 other markers are within walking distance of this marker. A different marker also named Summerseat (a few steps from this marker); World War I Memorial (about 300 feet away, measured in a direct line); USS Liberty Memorial (approx. 0.2 miles away); 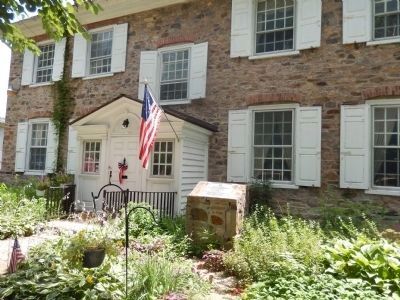 By Don Morfe, July 19, 2015
2. Summerseat Marker
The marker is on a pedestal placed to the right of the front door. 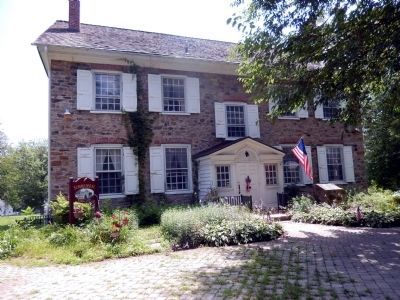 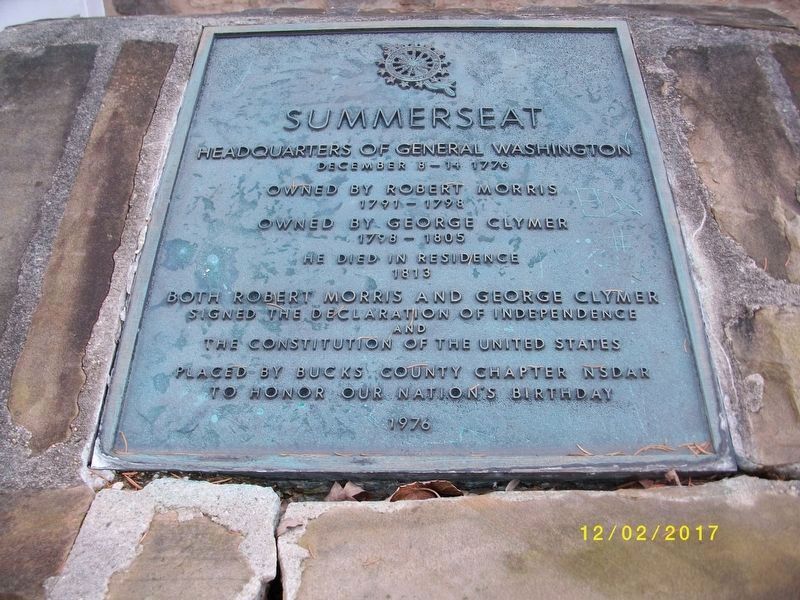