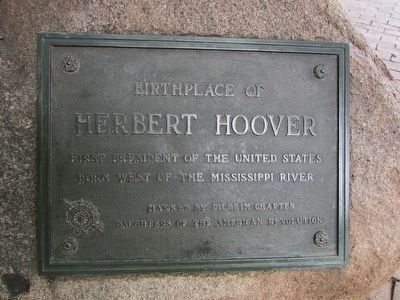 Birthplace of Herbert Hoover, first President of the United States born west of the Mississippi River.

Erected by Daughters of the American Revolution - Pilgrim Chapter.

Topics and series. This historical marker is listed in this topic list: Government & Politics. In addition, it is included in the Daughters of the American Revolution, and the Former U.S. Presidents: #31 Herbert Hoover series lists.

Location. 41° 40.226′ N, 91° 20.771′ W. Marker is in West Branch, Iowa, in Cedar County. Marker is on S Downey Street, on the left when traveling north. Marker is located at the Herbert Hoover National Historic Site. Touch for map. Marker is in this post office area: West Branch IA 52358, United States of America. Touch for directions. 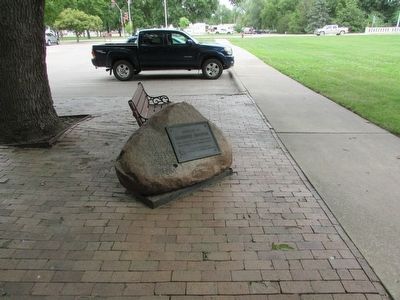 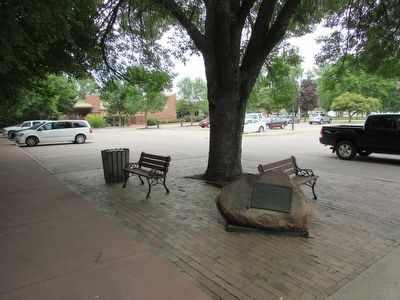 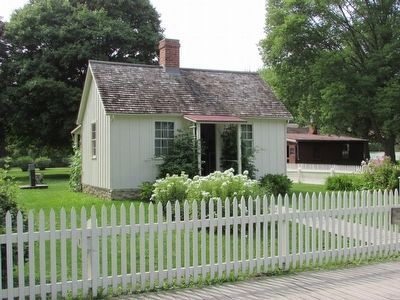 By Bill Coughlin, August 4, 2014
4. Birthplace of Herbert Hoover Marker
The 31st President of the United States was born in this house in West Branch, Iowa. It is located within sight of the marker. 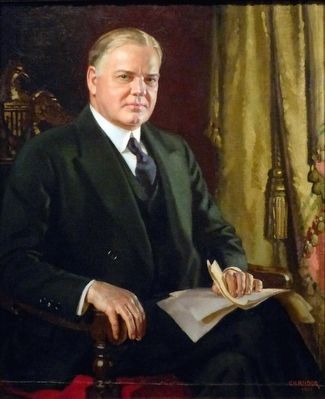 “Herbert Hoover seemed to be the ultimate problem­solver. As a mining engineer, he had turned marginal operations into thriving enterprises. During World War I, his administration of European food relief was nothing short of brilliant. As secretary of commerce in the 19205, he transformed a once sleepy department into a purposeful information clearinghouse. But as the Great Depression took hold during the second year of his presidency, Hoover was hard pressed for a solution. Believing in the power of private initiative, he hesitated to involve the federal government in reviving business. When lengthening bread lines and escalating joblessness finally convinced him of the necessity of such steps, the measures proved inadequate. As a result, Hoover was defeated by a crushing margin in his 1932 reelection bid.