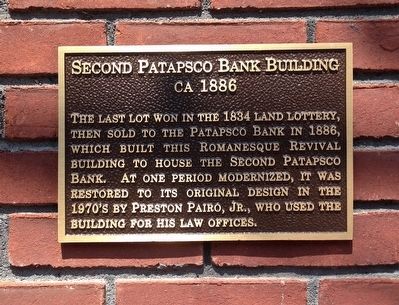 The last lot won in the 1834 land lottery, then sold to the Patapsco Bank in 1886, which built this Romanesque Revival building to house the Second Patapsco Bank. At one period modernized, it was restored to its original design in the 1970's by Preston Pairo, Jr., who used the building for his law offices.

Topics. This historical marker is listed in this topic list: Industry & Commerce. A significant historical year for this entry is 1834. 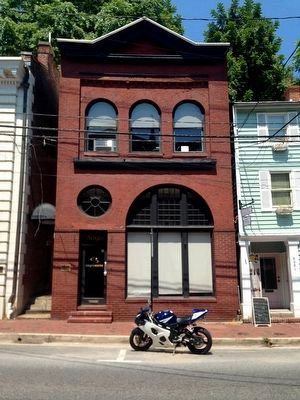 Photographed By Andrew Ruppenstein, August 16, 2015
2. Second Patapsco Bank Building and Marker
The marker is visible just to the left of the door.