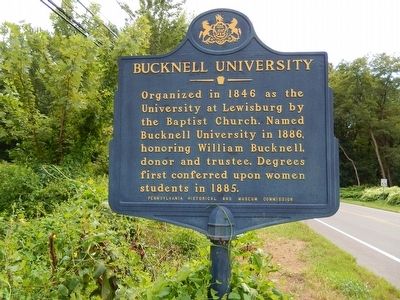 Organized in 1846 as the University at Lewisburg by the Baptist Church. Named Bucknell University in 1886, honoring William Bucknell, donor and trustee. Degrees first conferred upon women students in 1885.

Topics and series. This historical marker is listed in these topic lists: Churches & Religion • Education. In addition, it is included in the Pennsylvania Historical and Museum Commission series list. A significant historical year for this entry is 1846. 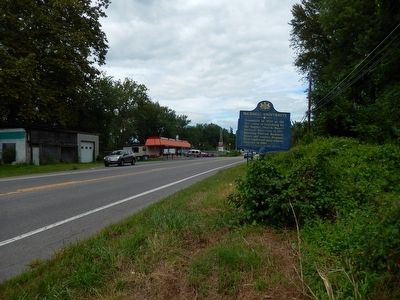