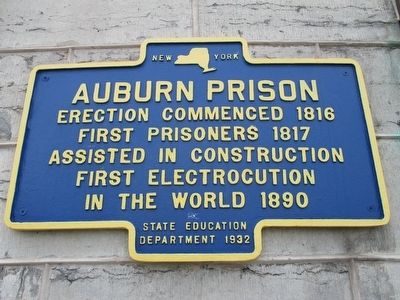 Topics. This historical marker is listed in this topic list: Notable Buildings. A significant historical year for this entry is 1816. 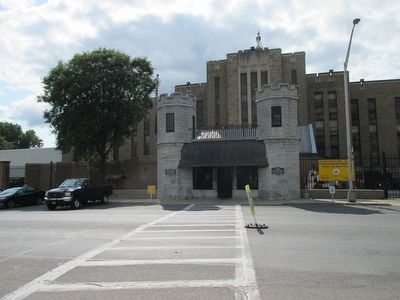 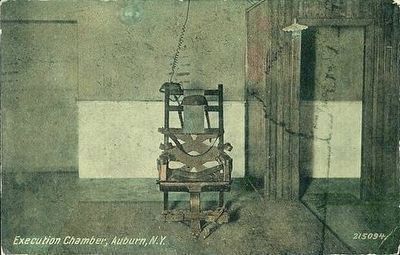 circa 1920
3. Execution Chamber, Auburn, N.Y.
....Current was passed through Kemmler for 17 seconds. The power was turned off and Kemmler was declared dead by Dr. Edward Charles Spitzka....However, witnesses noticed Kemmler was still breathing.... In the second attempt, Kemmler was shocked with 2,000 volts....The New York Times reported instead that "an awful odor began to permeate the death chamber, and then, as though to cap the climax of this fearful sight, it was seen that the hair under and around the electrode on the head and the flesh under and around the electrode at the base of the spine was singeing. The stench was unbearable." Witnesses reported the smell of burning flesh and several nauseated spectators unsuccessfully tried to leave the room....--Wikipedia 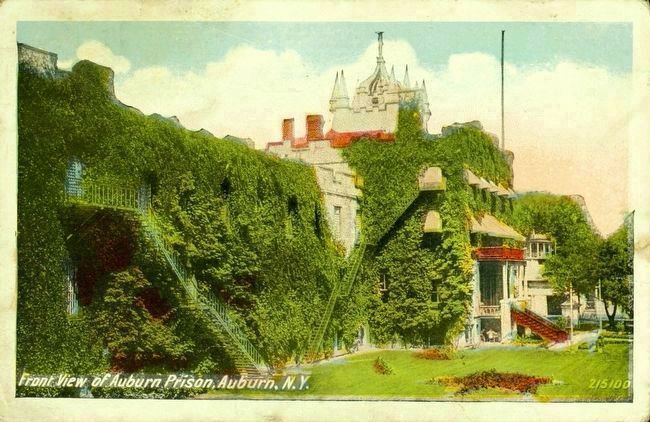