In Honor of the Students and Alumni 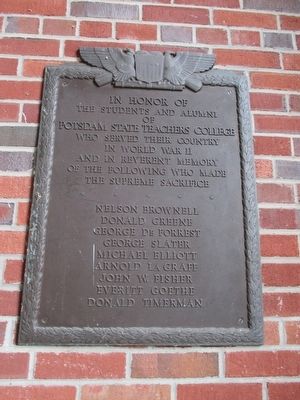 Location. 44° 39.777′ N, 74° 58.605′ W. Marker is in Potsdam, New York, in St. Lawrence County. Memorial can be reached from the intersection of Pierrepont Avenue (New York State Route 56) and Spring Street. Memorial is on the campus of SUNY Potsdam. Memorial is fixed to Satterlee Hall at the east center entrance vestibule. The east side of Satterlee hall faces the main academic quad. The west side of Satterlee Hall is on Pierrepont Avenue at Spring Street. Touch for map. Marker is in this post office area: Potsdam NY 13676, United States of America. Touch for directions. 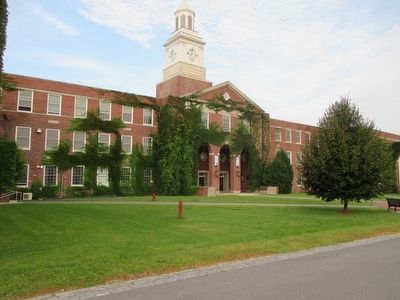 By Anton Schwarzmueller, August 29, 2015
2. East Side - Satterlee Hall
The memorial can be seen at the center entrance vestibule, above a parked bicycle.