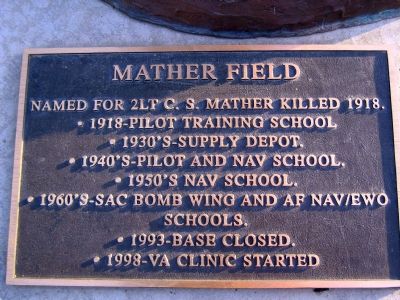 Erected 2006 by the Veterans Memorial Plaza Board.

Topics. This historical marker is listed in these topic lists: Air & Space • Military. A significant historical year for this entry is 1918.

Location. 38° 34.334′ N, 121° 17.772′ W. Marker is in Mather, California, in Sacramento County. Marker is at the intersection of Hospital Way and Blaisdell Boulevard, on the left when traveling west on Hospital Way. It is in Veterans Memorial Plaza. Touch for map. Marker is in this post office area: Mather CA 95655, United States of America. Touch for directions.

Other nearby markers. At least 7 other markers are within 3 miles of this marker, measured as the crow flies. F-105G “Wild Weasel” (within shouting distance of this marker); Pony Express Riders Memorial (approx. 1.2 miles away); Mather Air Force Base Navigators Monument 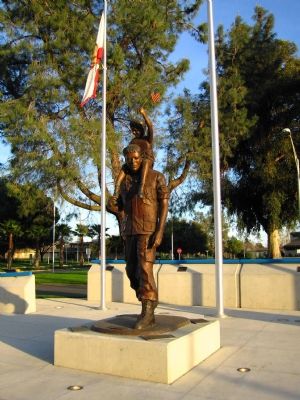 By Karen Key, March 10, 2007
2. “Coming Home” Statue
By Sculptress Renee Headings. Marker is on the stone base of the statue. 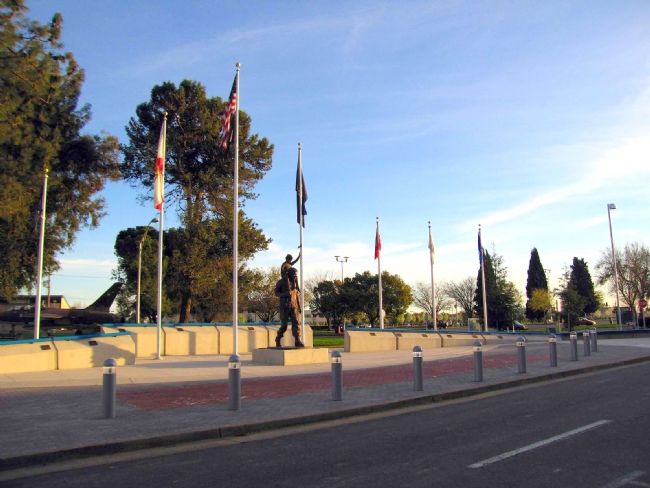 By Karen Key, March 10, 2007
3. Veterans Memorial Plaza
The "Wild Weasel" jet can be seen behind the statue and plaza. 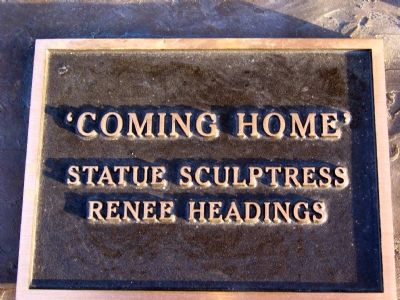 By Karen Key, March 10, 2007
4. ‘Coming Home’
Statue Sculptress Renee Headings. This plaque is affixed to the cast bronze base of the sculpture. 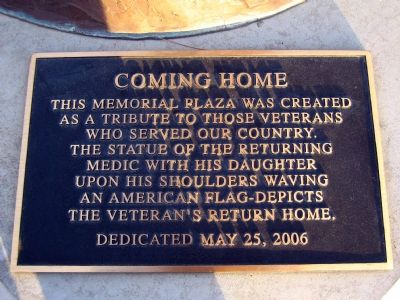 This memorial plaza was created as a tribute to those veterans who served our country. The statue of the returning medic with his daughter upon his shoulders waving an American Flag--depicts the veteran's return home. 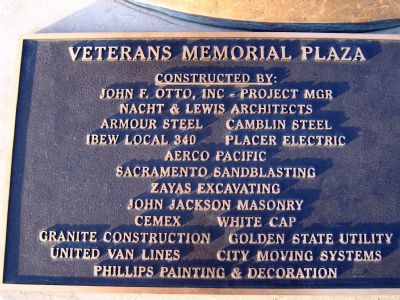 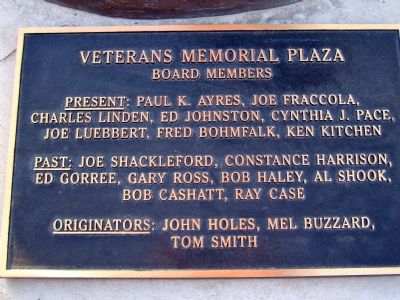 By Karen Key, March 10, 2007
7. On the Statue’s Stone Base
Veterans Memorial Plaza
Board Members 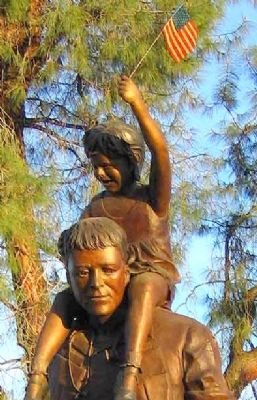