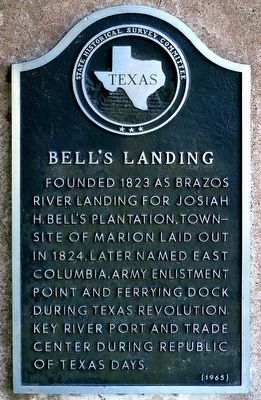 Topics. This historical marker is listed in these topic lists: Industry & Commerce • Settlements & Settlers. A significant historical year for this entry is 1823. 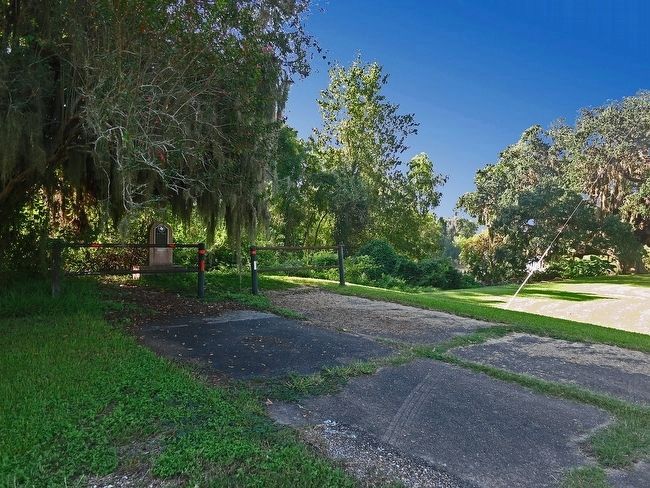 Photographed By Jim Evans, October 1, 2015
2. Bell's Landing Marker
On the far side of the trees and beaming out from behind is the Brazos River. The Brazos is Texas' largest river (not counting the Rio Grand which is shared with Mexico).

More about this marker. CAUTION: DO NOT try to go to the coordinates given on the State of Texas Historical Commission website. They will take you down a dead end on the wrong side of the river where some hostile people live.