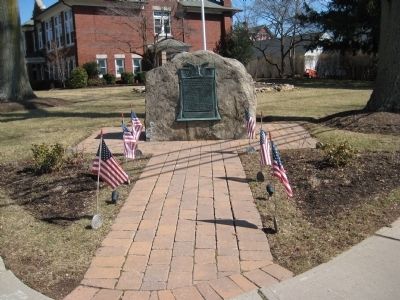 Erected by Borough of Far Hills.

Location. 40° 41.087′ N, 74° 38.324′ W. Marker is in Far Hills, New Jersey, in Somerset County. Memorial is at the intersection of Peapack Road and Prospect Street, on the right when traveling north on Peapack Road. Touch for map. Marker is in this post office area: Far Hills NJ 07931, United States of America. Touch for directions. 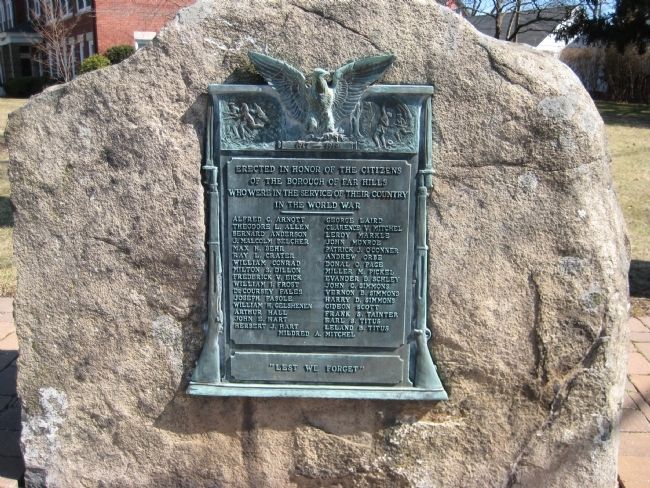 Photographed By Alan Edelson, March 12, 2009
2. Far Hills War Monument - WWI Marker
Erected in Honor of the Citizens of the Borough of Far Hills Who Were in the Service of Their Country in The World War "Lest We Forget" 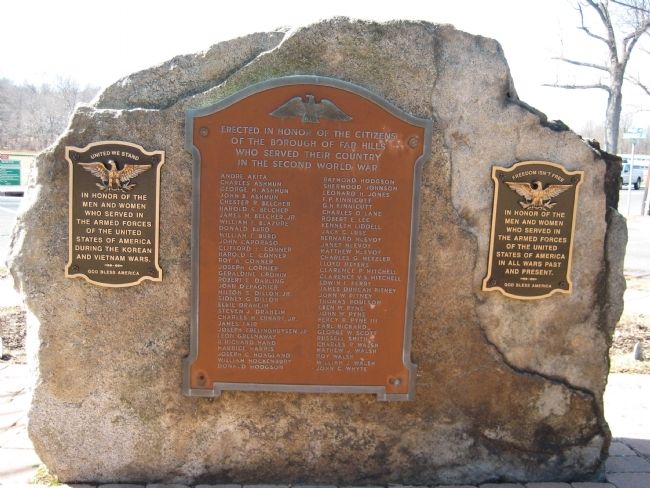