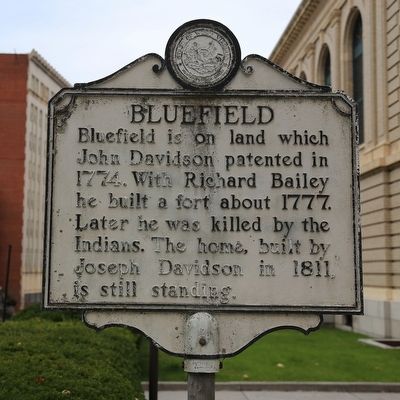 By J. J. Prats, October 16, 2015
1. Bluefield Marker
Inscription.
Bluefield is on land which John Davidson patented in 1774. With Richard Bailey he built a fort about 1777. Later he was killed by the Indians. The home, built by Joseph Davidson in 1811, is still standing. . This historical marker is in Bluefield in Mercer County West Virginia

Bluefield is on land which John Davidson patented in 1774. With Richard Bailey he built a fort about 1777. Later he was killed by the Indians. The home, built by Joseph Davidson in 1811, is still standing.

Topics and series. This historical marker is listed in these topic lists: Political Subdivisions • Settlements & Settlers. In addition, it is included in the West Virginia Archives and History series list.

Location. 37° 16.017′ N, 81° 13.3′ W. Marker is in Bluefield, West Virginia, in Mercer County. Marker is at the intersection of Bland Street (U.S. 52) and High Street and Federal Street, on the right on Bland Street. It is in front of the Elizabeth Kee Federal Building, where the main post office is located. Touch for map. Marker is at or near this postal address: 601 Federal St, Bluefield WV 24701, United States of America. Touch for directions.

Other nearby markers. At least 8 other markers are within 5 miles of this marker, measured as the crow flies. Elizabeth Kee (a few steps from this marker); Bluefield State Teacher’s College 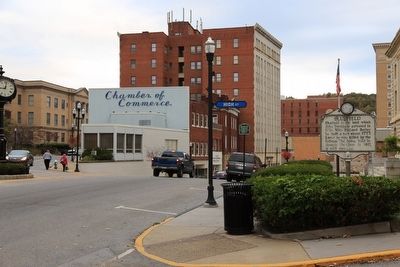 Also see . . .  Wikipedia entry for Bluefield, West Virginia. “Beneath the land of the Davidsons and Baileys lay the largest and richest deposit of bituminous coal in the world—the soft burning coal which was ripe for fueling the industrial machines of the developing world. The first seam was discovered in nearby Pocahontas, Virginia in the backyard of Jordan Nelson which was, in the words of President Frederick Kimball of the Norfolk and Western Company, the ‘most 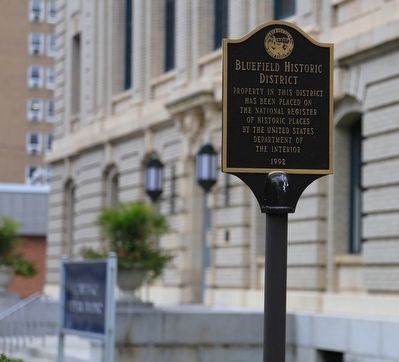