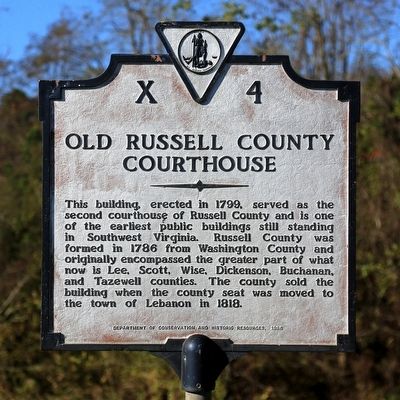 This building, erected in 1792, served as the second courthouse of Russell County and is one of the earliest public buildings still standing in Southwest Virginia. Russell County was formed in 1786 from Washington County and originally encompassed the greater part of what now is Lee, Scott, Wise, Dickenson, Buchanan and Tazewell counties. The county sold the building when the county seat was moved to the town of Lebanon in 1818.

Topics. This historical marker is listed in these topic lists: Architecture • Political Subdivisions. A significant historical year for this entry is 1799.

Location. 36° 50.317′ N, 82° 14.599′ W. Marker is near Dickensonville, Virginia, in Russell County. Marker is on Trail of the Lonesome Pine (Alternate U.S. 58) east of Upper Copper Creek Road (County Route 671), on the left when traveling east. Touch for map. Marker is in this post office area: Castlewood VA 24224, United States of America. Touch for directions.

Other nearby markers. At least 8 other markers are within 10 miles of this marker, measured as the crow flies. Dorton’s Fort (approx. 2.9 miles away); Russell’s Fort 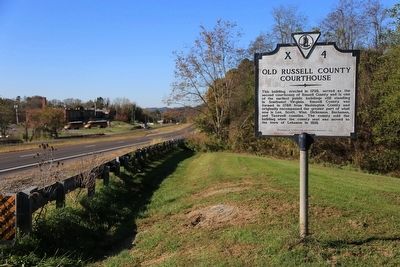 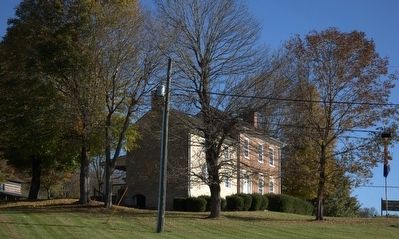 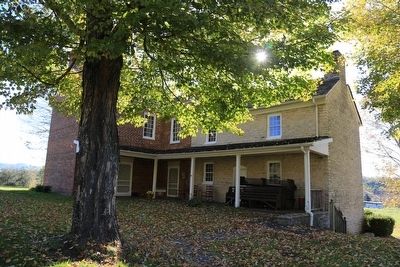 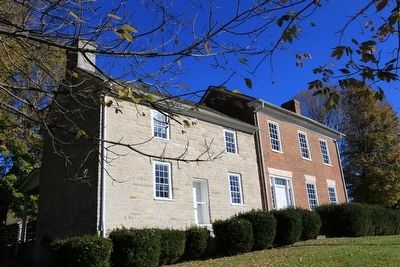 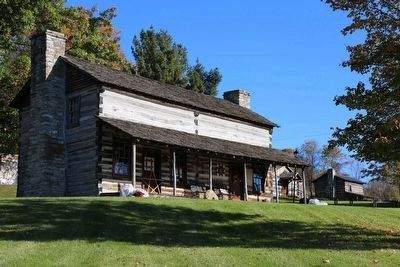