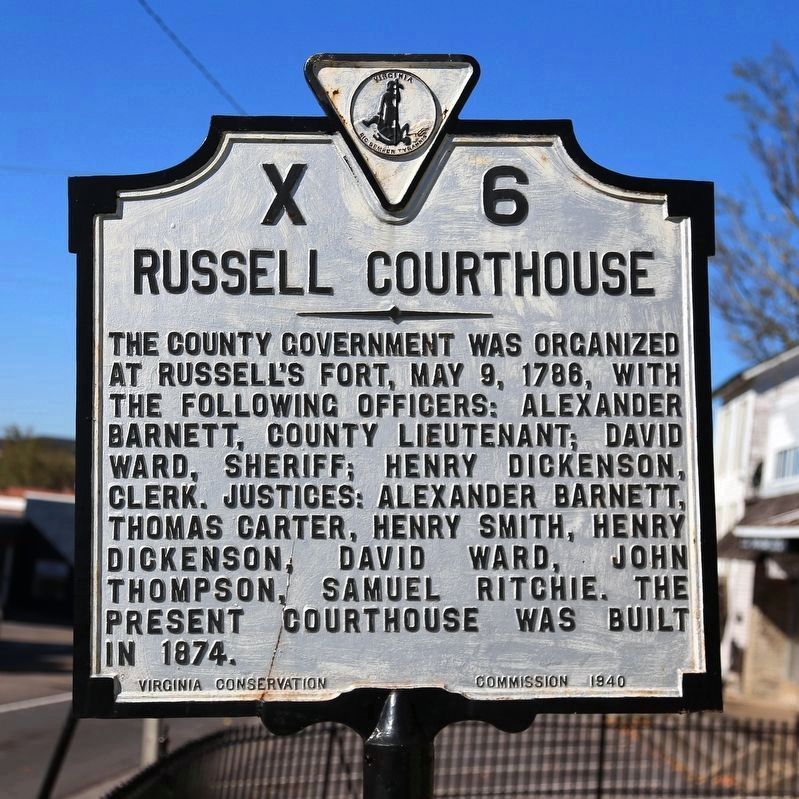 Topics and series. This historical marker is listed in this topic list: Political Subdivisions. In addition, it is included in the Virginia Department of Historic Resources series list. A significant historical year for this entry is 1786.

Other nearby markers. At least 8 other markers are within 12 miles of this marker, measured as the crow flies. Glade Hollow Fort (approx. 2.2 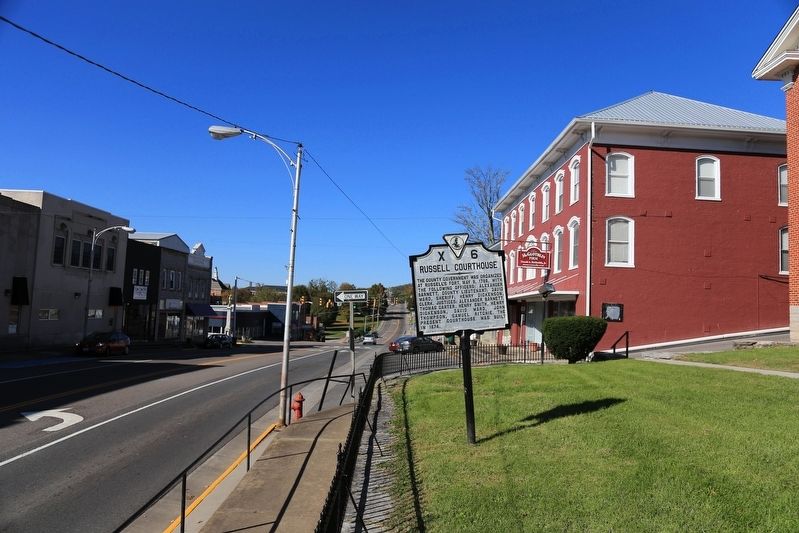 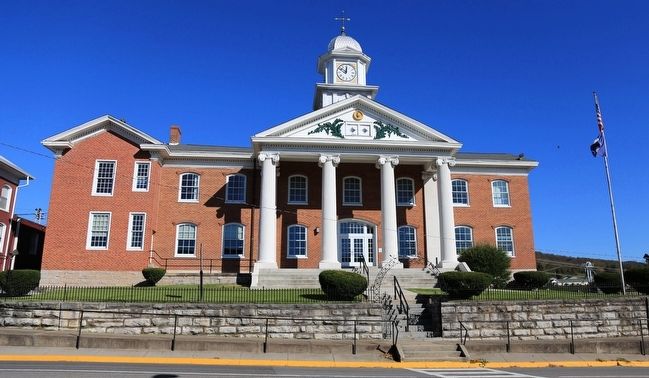 Photographed By J. J. Prats, October 18, 2015
3. Russell Courthouse Marker
The marker is in profile between the two windows to the left of the colonnade.