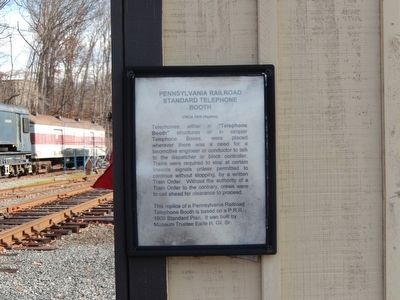 Telephones, either in “Telephone Booth” structures or in simpler Telephone Boxes, were placed wherever there was a need for a locomotive engineer or conductor to talk to the dispatcher or block controller. Trains were required to stop at certain lineside signals unless permitted to continue without stopping, by a written Train Order. Without the authority of a Train Order to the contrary, crews were to call ahead for clearance to proceed. This replica of a Pennsylvania Railroad Telephone Booth is based on a P.R.R. 1909 Standard Plan. It was built by Museum Trustee Earle H. Gil, Sr.

Topics. This historical marker is listed in these topic lists: Communications • Railroads & Streetcars. A significant historical year for this entry is 1909.

Other nearby markers. At least 8 other markers are within walking distance of this marker. Pennsylvania Railroad “Watch Box” (here, next to this marker); I Am Steam Locomotive No. 385 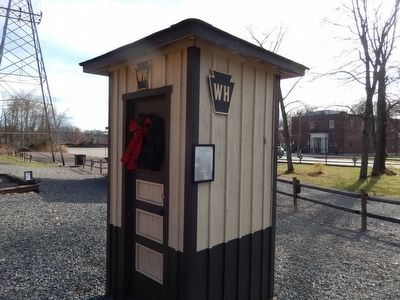 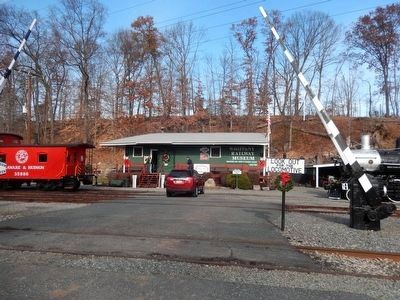