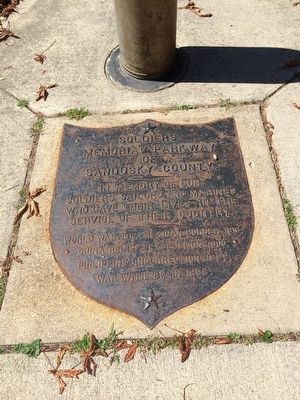 In memory of our soldiers, sailors and Marines, who gave their lives in the service of their country. World War 1917, Mexican Border 1916, China Relief Expedition 1900, Philippine Insurrection 1899, War with Spain 1898.

Topics. This memorial is listed in these topic lists: War, Spanish-American • War, World I.

Other nearby markers. At least 8 other markers are within walking distance of this marker. Cleveland Gateway (here, next to this marker); Harrison Trail (within shouting distance of this marker); Colonel Webb C. Hayes, M.H. (about 600 feet away, measured in a direct line); Maj. Gen’l. James B. McPherson (about 800 feet away); Captain Samuel Thomson (about 800 feet away); Spiegel Grove (approx. 0.2 miles away); a different marker also named Spiegel Grove (approx. 0.2 miles away); Sandusky-Scioto Trail (approx. ¼ mile away). Touch for a list and map of all markers in Fremont. 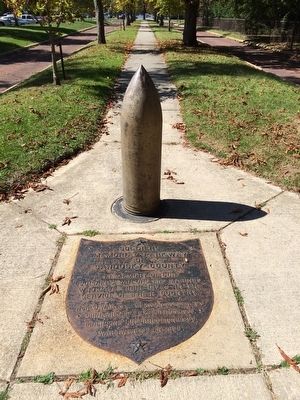