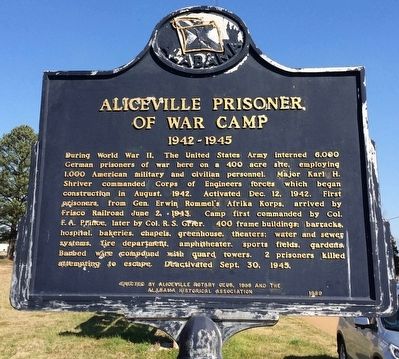 Erected 1989 by Aliceville Rotary Club and the Alabama Historical Association.

Topics. This historical marker is listed in this topic list: War, World II. A significant historical date for this entry is June 2, 1943. 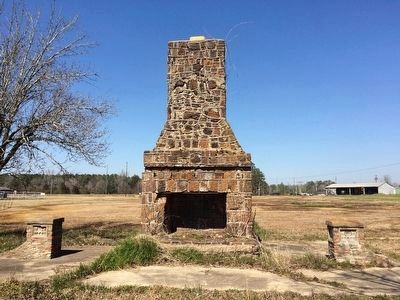 Photographed By Mark Hilton, February 19, 2016
2. Only remains from original camp.
The only structure remaining of the original camp is a single brick fireplace and chimney, part of the enlisted men's club for U.S. troops. The two small stone monuments were moved here from the old camp entrance.

Click or scan to see
this page online
Drive, on the right when traveling west on Memorial Drive. Touch for map. Marker is at or near this postal address: Memorial Drive, Aliceville AL 35442, United States of America. Touch for directions. 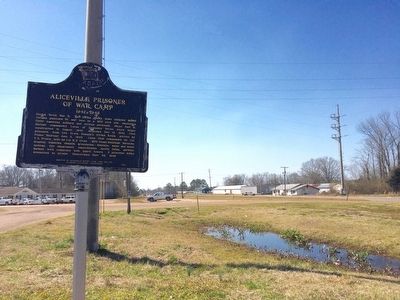 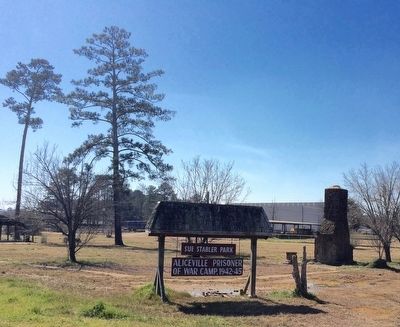 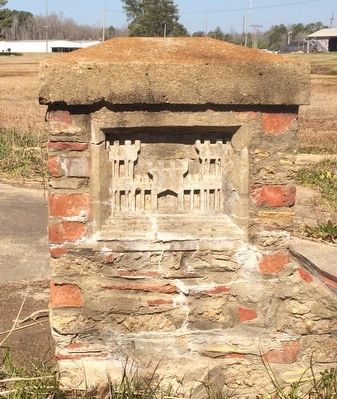 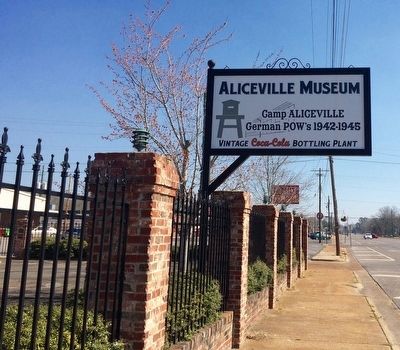