Chapel of Our Lady of the Remedies 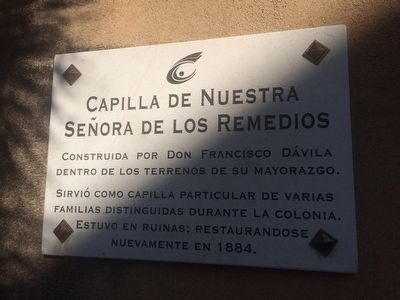 Photographed By J. Makali Bruton, January 17, 2016
1. Chapel of Our Lady of the Remedies Marker
Inscription.
English translation: , Constructed by Francisco Dávila on his property. It served as a personal chapel for various distinguished families during the colonial period. It was in ruins, but was reconstructed in 1884. . This historical marker is in Ciudad Colonial in Santo Domingo Distrito Nacional Dominican Republic