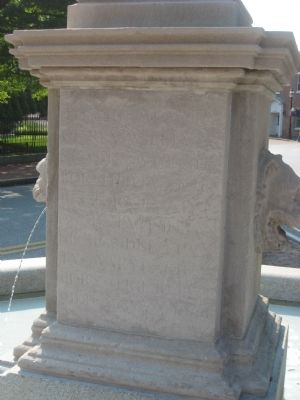 Photographed By F. Robby, July 18, 2008
1. Rev. William Scott Southgate Marker
Inscription.
Southgate Memorial. . To the memory of Rev. William Scott Southgate, for thirty years rector of Saint Anne's Parish in Anne Arundel County, Maryland. Born April 10, 1831. Died May 21, 1899., Reverse side: Erected by the citizens of Annapolis and by his old parishioners to keep in rememberance a noble life. . This memorial was erected in 1901 by Citizens of Annapolis, Saint Anne's Parish. It is in Annapolis in Anne Arundel County Maryland

Reverse side: Erected by the citizens of Annapolis and by his old parishioners to keep in rememberance a noble life.

Topics. This historical marker and memorial is listed in this topic list: Churches & Religion. A significant historical month for this entry is April 1619. 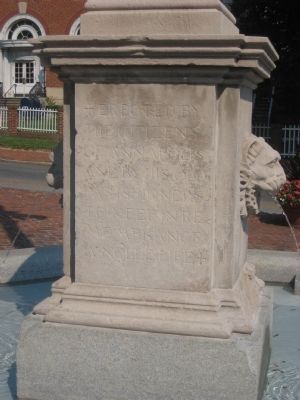 During his 30 years in Annapolis, Reverend Southgate opened a mission school on the corner of Prince George and East Streets, which subsequently served as the Jewish synagogue. He was also instrumental in founding St. Philip’s Episcopal Church on Northwest Street, which served the African-American community and fostered new teachers and leaders.

One of Dr. Southgate’s dreams was to fund and build a fountain in the City "to refresh horses as well as humans." Upon his death in 1899, the City Council quickly appointed a commission to erect a fountain in Southgate’s memory and to "keep in remembrance a noble life." 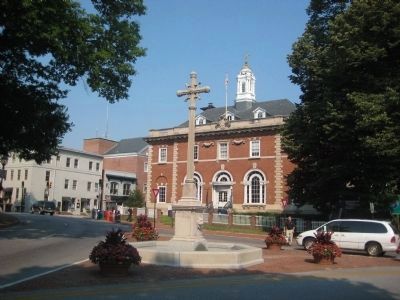 Photographed By F. Robby, July 18, 2008
3. Memorial - Looking East
Looking east at the memorial with the U.S. Post Office in the background.
original Southgate Memorial Fountain was designed as an "English market cross rising out of a molded pedestal placed in an octagonal basin… filled with water pouring from the mouths of two lions" and built out of limestone and marble.

In its 100-year life, the fountain was enjoyed by many residents and visitors to Annapolis. In recent years the aging monument stopped working and fell into disrepair. The limestone exhibited crusting and the stonework started to lose its carved detailing.

In 2007, at the direction of the Mayor and with the endorsement of the City Council and approval of the Historic Preservation Commission, it was decided to restore the fountain. Led by City Public Works Engineer, Lily Openshaw, PE, monument restoration experts and trained technicians guided the delicate work, which included careful rinsing and selective re-pointing, repairing and resealing of the stonework and refinishing of the fountain’s basin. Also, a water-conserving circulation system was installed in the newly refurbished fountain.

Funding for the project was provided by the City of Annapolis, supplemented by grant funding from the Four Rivers Heritage Area and Maryland Heritage Areas Authority. In keeping with the original spirit of private support from the community, the Southgate Memorial Fountain Restoration Committee conducted a broad-based effort garnering 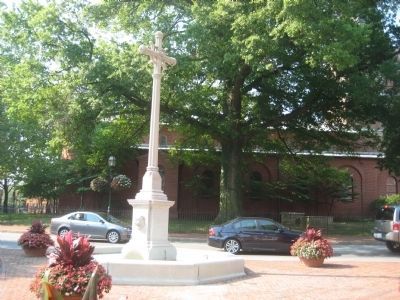