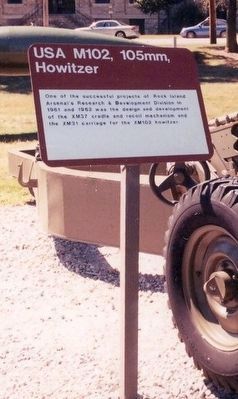 One of the successful projects at Rock Island Arsenal's Research and Development Division in 1961 and 1962 was the design and development of the XM37 cradle and recoil mechanism and the XM31 carriage for the XM102 howitzer.

Topics and series. This memorial is listed in this topic list: Military. In addition, it is included in the Medal of Honor Recipients series list. 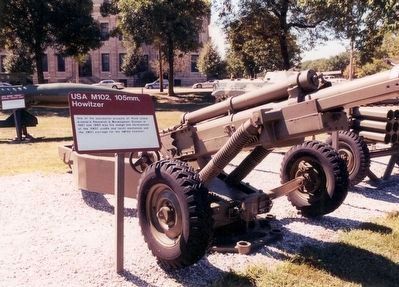 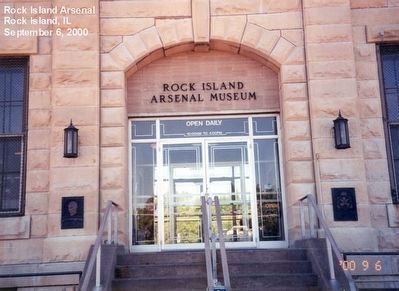 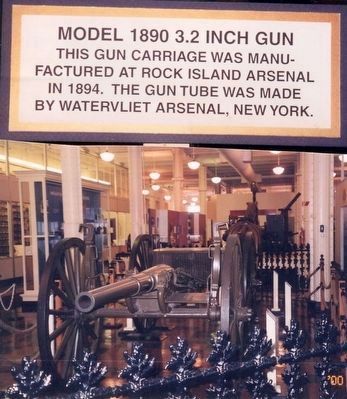 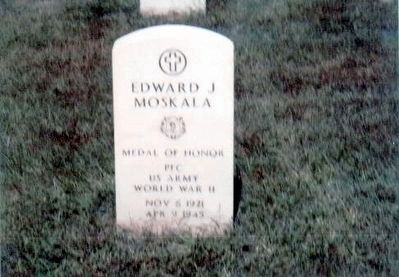 Photographed By Don Morfe, September 6, 2000
5. Edward J. Moskala World War II Congressional Medal of Honor Recipient
He is buried in Rock Island National Cemetery, Section E, Site 293. He was Killed in Action. His Medal of Honor information and citation is: *MOSKALA, EDWARD J. • Rank and organization: Private First Class, U.S. Army, Company C, 383d Infantry, 96th Infantry Division • Place and date: Kakazu Ridge, Okinawa, Ryukyu Islands, 9 April 1945 • Entered service at: Chicago, Ill. • G.O. No.: 21, 26 February 1946 Citation: He was the leading element when grenade explosions and concentrated machinegun and mortar fire halted the unit's attack on Kakazu Ridge, Okinawa, Ryukyu Islands. With utter disregard for his personal safety, he charged 40 yards through withering, grazing fire and wiped out 2 machinegun nests with well-aimed grenades and deadly accurate fire from his automatic rifle. When strong counterattacks and fierce enemy resistance from other positions forced his company to withdraw, he voluntarily remained behind with 8 others to cover the maneuver. Fighting from a critically dangerous position for 3 hours, he killed more than 25 Japanese before following his surviving companions through screening smoke down the face of the ridge to a gorge where it was discovered that one of the group had been left behind, wounded. Unhesitatingly, Pvt. Moskala climbed the bullet-swept slope to assist in the rescue, and, returning to lower ground, volunteered to protect other wounded while the bulk of the troops quickly took up more favorable positions. He had saved another casualty and killed 4 enemy infiltrators when he was struck and mortally wounded himself while aiding still another disabled soldier. With gallant initiative, unfaltering courage, and heroic determination to destroy the enemy, Pvt. Moskala gave his life in his complete devotion to his company's mission and his comrades' well-being. His intrepid conduct provided a lasting inspiration for those with whom he served 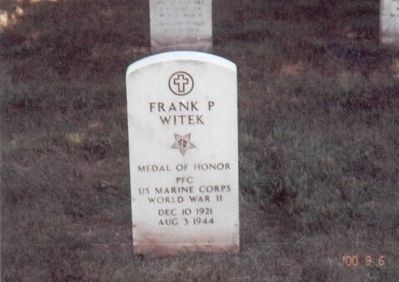 Photographed By Don Morfe, September 6, 2000
6. Frank P. Witek, World War II Congressional Medal of Honor Recipient
He is buried in Rock Island National Cemetery, Section E, Site 72. He was Killed in Action. His Medal of Honor information and citation is: *WITEK, FRANK PETER • Rank and organization: Private First Class, U.S. Marine Corps Reserve Citation: For conspicuous gallantry and intrepidity at the risk of his life above and beyond the call of duty while serving with the 1st Battalion, 9th Marines, 3d Marine Division, during the Battle of Finegayen at Guam, Marianas, on 3 August 1944. When his rifle platoon was halted by heavy surprise fire from well-camouflaged enemy positions, Pfc. Witek daringly remained standing to fire a full magazine from his automatic at point-blank range into a depression housing Japanese troops, killing 8 of the enemy and enabling the greater part of his platoon to take cover. During his platoon's withdrawal for consolidation of lines, he remained to safeguard a severely wounded comrade, courageously returning the enemy's fire until the arrival of stretcher bearers, and then covering the evacuation by sustained fire as he moved backward toward his own lines. With his platoon again pinned down by a hostile machinegun, Pfc. Witek, on his own initiative, moved forward boldly to the reinforcing tanks and infantry, alternately throwing handgrenades and firing as he advanced to within 5 to 10 yards of the enemy position, and destroying the hostile machinegun emplacement and an additional 8 Japanese before he himself was struck down by an enemy rifleman. His valiant and inspiring action effectively reduced the enemy's firepower, thereby enabling his platoon to attain its objective, and reflects the highest credit upon Pfc. Witek and the U.S. Naval Service. He gallantly gave his life for his country.
Credits. This page was last revised on June 16, 2016. It was originally submitted on March 19, 2016, by Don Morfe of Baltimore, Maryland. This page has been viewed 370 times since then and 61 times this year. Photos:   1, 2, 3, 4, 5, 6. submitted on March 19, 2016, by Don Morfe of Baltimore, Maryland. • Bill Pfingsten was the editor who published this page.
Share this page.