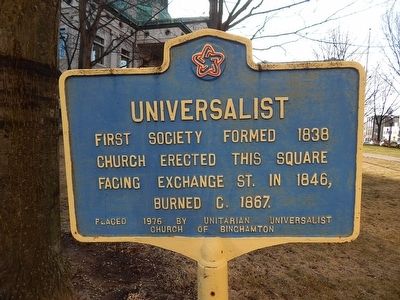 Topics and series. This historical marker is listed in this topic list: Churches & Religion. In addition, it is included in the The Spirit of ’76, America’s Bicentennial Celebration, and the Unitarian Universalism (UUism) series lists. A significant historical year for this entry is 1838.

Location. 42° 5.892′ N, 75° 54.62′ W. Marker is in Binghamton, New York, in Broome County. Marker is on Exchange Street, on the left when traveling south. Touch for map. Marker is in this post office area: Binghamton NY 13901, United States of America. Touch for directions. 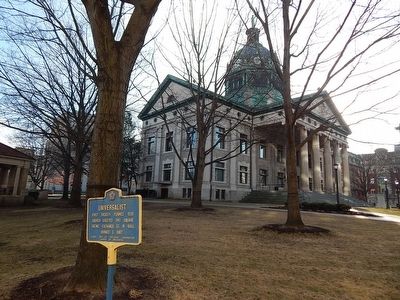 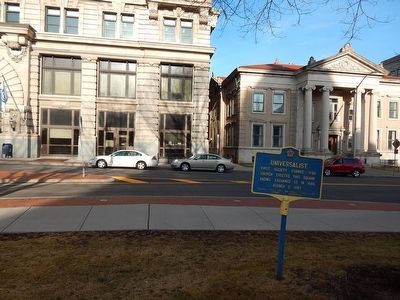 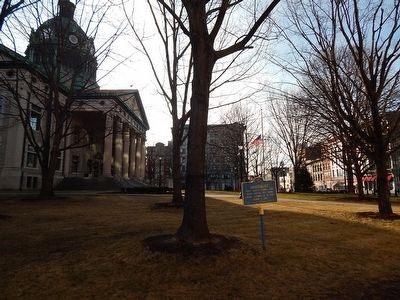