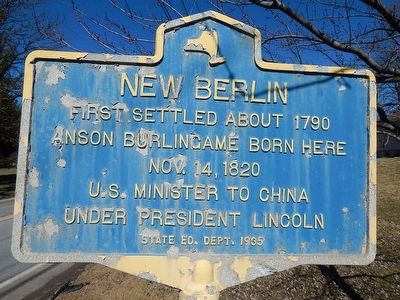 Topics and series. This historical marker is listed in these topic lists: Government & Politics • Settlements & Settlers. In addition, it is included in the Former U.S. Presidents: #16 Abraham Lincoln series list. A significant historical date for this entry is October 14, 1820. 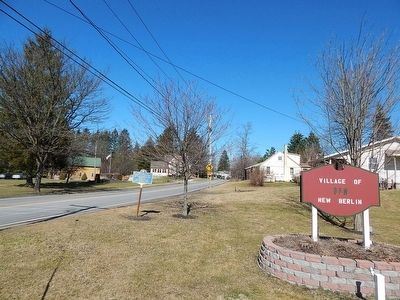 Click or scan to see
this page online
(approx. 1.8 miles away); Columbus Memorial (approx. 5 miles away). Touch for a list and map of all markers in New Berlin. 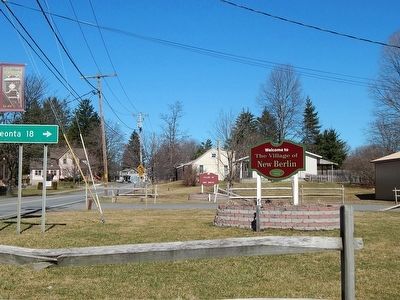 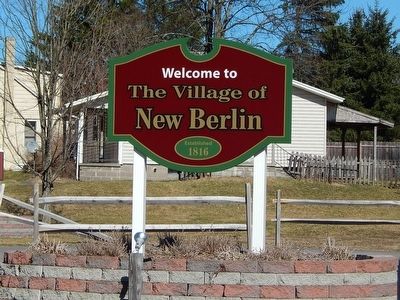 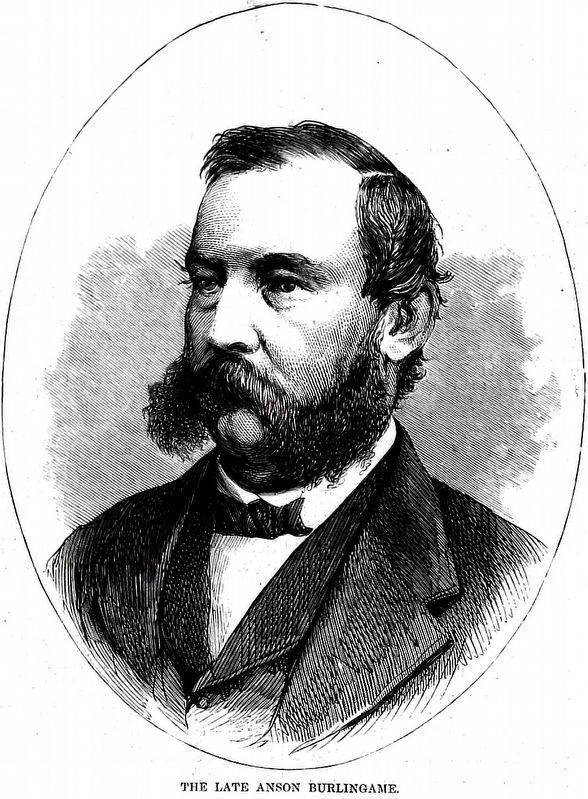 Internet Archive
5. The Late Anson Burlingame
This portrait accompanied Burlingame's obituary in Harper's Weekly, March 12, 1870. The obituary begins, “We give on this page the portrait of Mr. Anson Burlingame, Chinese Envoy to the United States and European Powers, who died at St. Petersburg, Russia, on the 23rd of February, after an illness of only four days...” Burlingame was appointed minister to the Qing Empire by Abraham Lincoln in 1861. Upon his retirement, the Chinese government appointed him envoy extraordinaire and minister plenipotentiary to lead a diplomatic mission from China to the United States and other European powers in 1868.
Credits. This page was last revised on February 13, 2019. It was originally submitted on March 30, 2016, by Scott J. Payne of Deposit, New York. This page has been viewed 271 times since then and 10 times this year. Photos:   1, 2, 3, 4. submitted on March 30, 2016, by Scott J. Payne of Deposit, New York.   5. submitted on February 13, 2019, by Allen C. Browne of Silver Spring, Maryland. • Bill Pfingsten was the editor who published this page.
Share this page.