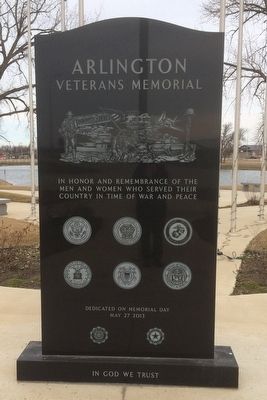 In honor and remembrance of the men and women who served their country in time of war and peace.

Location. 44° 21.586′ N, 97° 7.747′ W. Marker is in Arlington, South Dakota, in Kingsbury County. Memorial is at the intersection of Route 81 and E Birch Street, on the right when traveling south on Route 81. Touch for map. Marker is in this post office area: Arlington SD 57212, United States of America. Touch for directions. 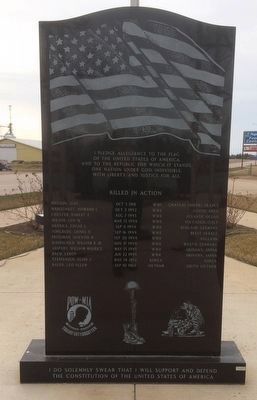 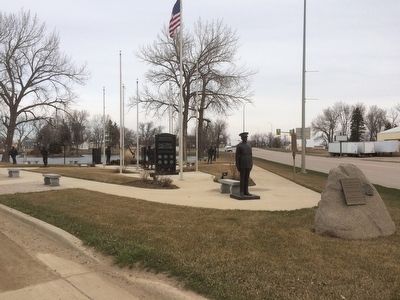 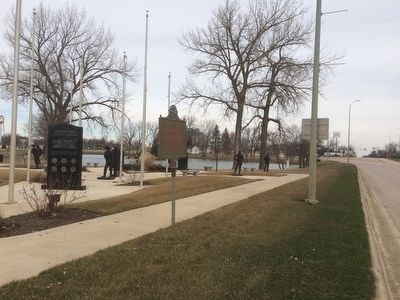 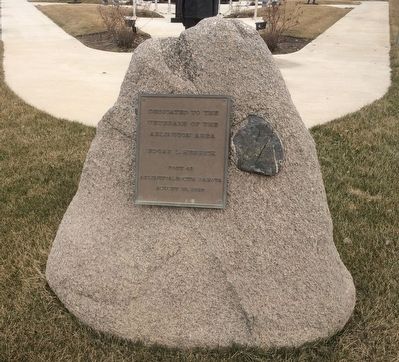