Topics and series. This historical marker is listed in this topic list: Settlements & Settlers. In addition, it is included in the California - Walnut Creek Heritage Walk series list. 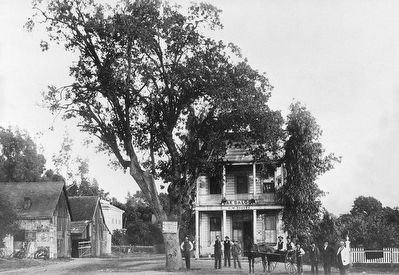 Also see . . .
1. History of Walnut Creek - Walnut Creek Chamber of Commerce. Walnut Creek was first known as “The Corners,” where the roads leading from Pacheco and Lafayette converged. Today those “corners” are at the intersection of Mt. Diablo Boulevard and North Main Street. The area’s first settler was a squatter named William Slusher. In 1849, Slusher built the first roofed abode on the bank of what was then known as “Nuts Creek” (in the area of the Broadway Plaza parking garage). (Submitted on April 9, 2016, by Barry Swackhamer of Brentwood, California.) 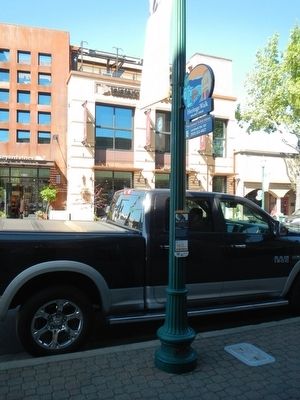