Local Episcopalians built St. Paul's Chapel on this lot in 1889. In 1950, St. Paul's built a new church up the hill. Wanting to save the treasured chapel, church members "trundled" the sturdy redwood building to the new church site, where it still stands. 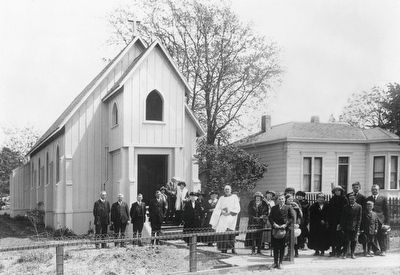 Also see . . .  St. Paul's Episcopal Church (Walnut Creek, California) - Wikipedia. Holding church services in the school house or in the town hall, the founding families of St. Paul’s discussed the next step of building a church. A convenient Walnut Creek location was found on School Street (now Locust Street) and the price was right. On December 19, 1887 a gold coin in the amount of $175 was exchanged for a deed for the land on School Street. (Submitted on April 9, 2016, by Barry Swackhamer of Brentwood, California.) 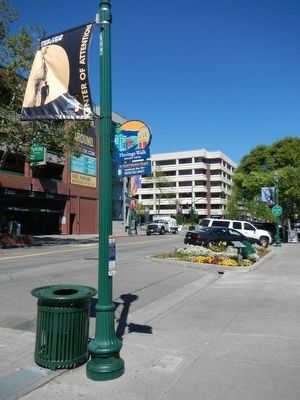 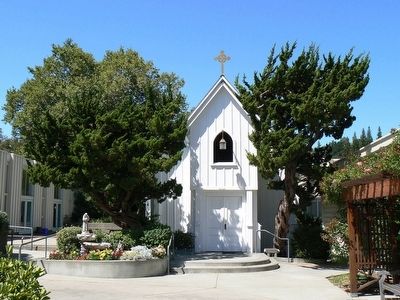