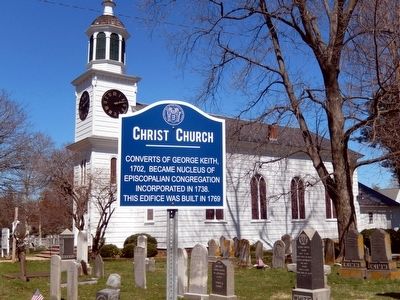 By Don Morfe, April 5, 2016
1. Christ Church Marker
Inscription.
Christ Church. . Converts of George Keith, 1702, became nucleus of Episcopalian Congregation Incorporated in 1738. This edifice was built in 1769. . This historical marker was erected by The State of New Jersey. It is in Shrewsbury in Monmouth County New Jersey

Converts of George Keith, 1702, became nucleus of Episcopalian Congregation Incorporated in 1738. This edifice was built in 1769.

Erected by The State of New Jersey.

Topics. This historical marker is listed in this topic list: Churches & Religion. A significant historical year for this entry is 1702.

Other nearby markers. At least 8 other markers are within 2 miles of this marker, measured as the crow flies. Patriot Isle (within shouting distance of this marker); This Sycamore (within shouting distance of this marker); Quaker Meeting House (about 400 feet away, measured in a direct line); Harriet LaFetra (1823-1906) (about 400 feet away); Battle of the Bulge Monument (approx. one mile away); Soldiers Park (approx. one mile away); Dunwoody Park (approx. 1.1 miles away); Van Kirk Park (approx. 1.2 miles away). Touch for a list and map of all markers in Shrewsbury. 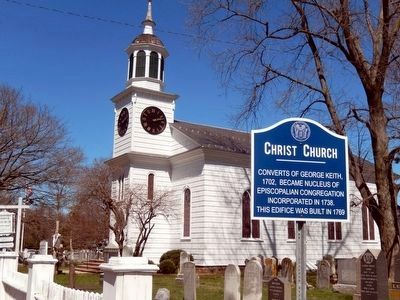 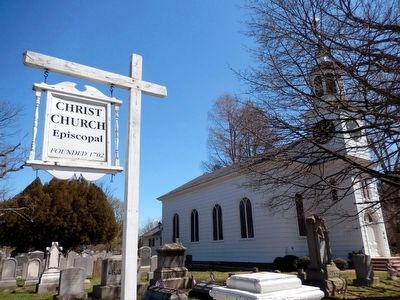 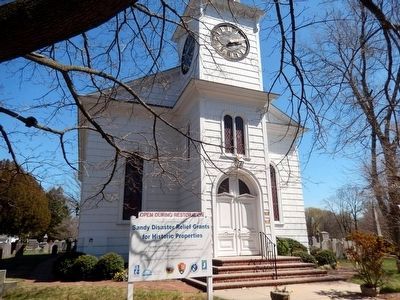