Now a row of retail shops with apartments above, this two-story building with the distinctive roofline was built by Robert Noble Burgess as the First National Bank, the town's second financial institution. First National merged with San Ramon Valley Bank and eventually became Bank of America. 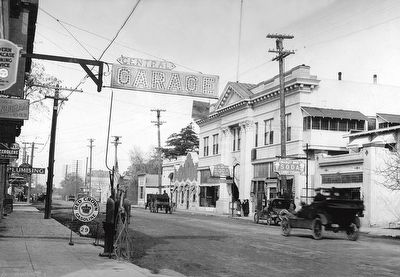 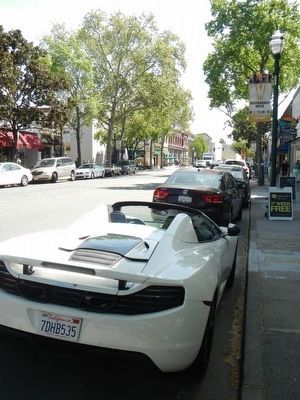